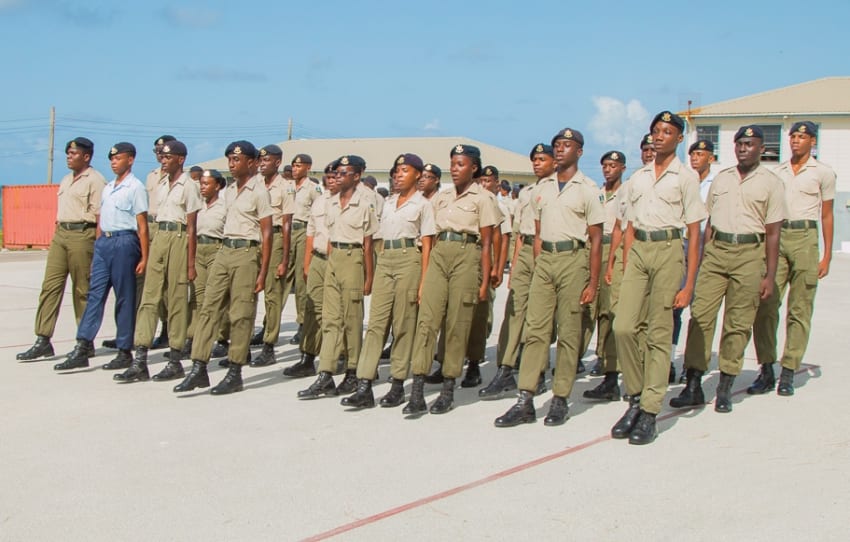 Over 200 cadets from across the region will gather in Barbados next month for the Caribbean Cadet Camp (CCC).

Cadets from the British Virgin Islands, Cayman Islands, Jamaica, Montserrat, St. Lucia, Trinidad and Tobago, Turks and Caicos and St. Vincent and the Grenadines are expected to participate in the camp. It will be held from August 5 to 18, at Paragon, Christ Church.

This camp, which is held biennially, provides an ideal opportunity for the participating countries to engage in challenging activities at a competitive level, while developing strength of character among the youth in the region.

Commandant of the Barbados Cadet Corps, Lieutenant Colonel Errol Brathwaite, who is also Chairman of the Regional Commandants’ Association, believes that these activities help to strengthen regional partnerships, which “ultimately result in establishing new and exciting linkages for generations to come”.

The highlights of the camp include a 7K relay race on Sunday, August 12, and a drill competition, at Paragon, Christ Church, on Thursday, August 16, both beginning at 8:00 a.m.

A social programme offering a “Bajan experience” is being planned and the cadets will get an opportunity to observe Grand Kadooment; go on an island tour and shop in Bridgetown. The artistic, literary, musical and culinary elements of the culture of the Caribbean will come together on Friday, August 17, at the campsite.

In addition, the Caribbean Cadet Camp will join the Barbados Defence Force (BDF) in celebration of its 30th anniversary at a service on Sunday, August 12, at the St. Matthias Anglican Church; as well as at the anniversary parade on Saturday, August 18, at St. Ann’s Fort, Garrison, St. Michael.

The Barbados Cadet Corps, the host of the CCC, has provided youth development training for 114 years. The activities include, but are not limited to, developing military skills and application such as adventurous training, rappelling, hiking, musicianship and marine activity.