Caribbean Can Benefit From EPA 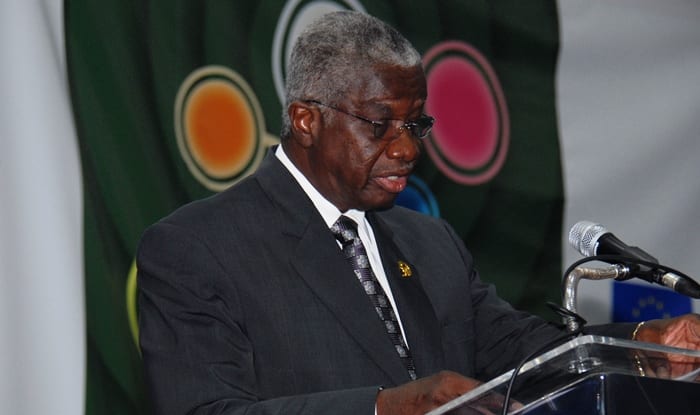 Prime Minister Freundel Stuart has expressed the view that the CARIFORUM-EU Economic Partnership Agreement (EPA) “bristles with opportunities” from which the Caribbean region can benefit.

Mr. Stuart made the comments today as he delivered the feature address at the inaugural two-day European Union-CARIFORUM Sustainable Energy Conference at the Lloyd Erskine Sandiford Centre.

The Prime Minister told his audience: “Commitment to the successful implementation of the EPA has never waned.  In fact, tangible contributions have been made by the EU and its member states under the Caribbean Regional Indicative Programme, the UK’s CARTFund and the German development body GIZ.

“This assistance has benefited the public sector, the private sector and regional institutions alike, thereby making a significant contribution to bolstering this region’s capacity to trade with the EU. We remain robust in our determination to seize the opportunities which we have negotiated under this comprehensive trading arrangement.”

The CARIFORUM-EU EPA, which was signed in 2008, is a trade and sustainable development agreement composed of measures to stimulate trade and investment between the two regions, build a regional market, and help to eliminate poverty.

The EPA seeks to move away from the preferential treatment to the region to a WTO compliant arrangement which seeks to substantially open up all trade between the Caribbean and the EU.

Mr. Stuart pointed out that the agreement, while ground-breaking as the first comprehensive North-South trade and development agreement in the global economy, was yet to see a noticeable shift in the terms of trade with the EU since time was needed to build the capacity in the region to fully exploit the opportunities offered.

He added that it was unfortunate that the process of finalising the negotiations that would lead to the CARIFORUM–EU EPA coincided with the “onset of a prolonged period of fiscal and economic turmoil” in many economies across the world.

Mr. Stuart said the Caribbean was not unmindful of the need to eventually re-negotiate the terms and conditions under various trade agreements such as the EPA and the WTO with both the UK and member states of the European Union.

“I therefore wish to echo the sentiments of some of my colleagues that it may well be time for us in the region to focus more attention on political engagement with the EU to ensure the promotion and protection of our interests in a volatile global economy where the currents of individualism are growing more powerful and more pronounced,” the Prime Minister stated.