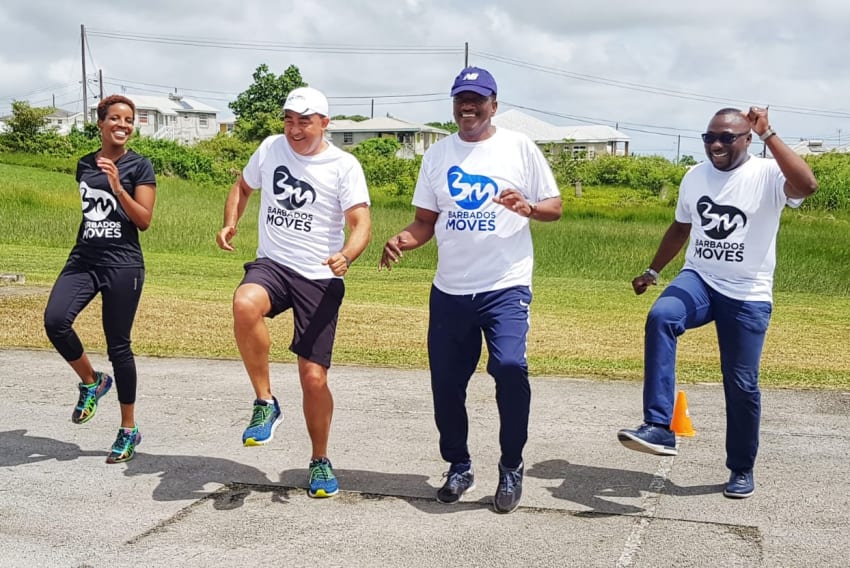 One message, one method, one approach. That is the united stand Caribbean countries are taking as they confront the epidemic of chronic non-communicable diseases (NCDs) across the region.

The brand, Caribbean Moves, was birthed at the United Nations High-Level Meeting on NCDs in New York last month, and will be introduced throughout the region.

Jamaica kicked off the initiative and last Saturday was Barbados’ turn, when Barbados Moves was officially launched at the Ellerton Community Centre, Ellerton, St. George. Simultaneously, a number of health fairs and boot camps kicked off at venues around the island.

Delivering the feature address, Health and Wellness Minister, Lt. Col. Jeffrey Bostic, said it was his intention to take the programme into “every community, every school, every church, every household”.

He acknowledged the work that was already being done to address the problem, particularly among the non-governmental organizations, but declared that the time had come for a harmonized, national initiative which would impact every Barbadian.

“The wellness initiatives over the years have tended to focus on those already impacted by NCDs. The focus now will broadened to prevention, those people who are not yet sick and those people who may have an NCD but not know,” he shared.

Lt. Col Bostic said that there will be a greater outreach to communities which may not otherwise be targeted and added that his Ministry will also be collaborating with other Ministries to disseminate the message.

“I want, for example, to bring the Ministry of Culture on board to discuss how we can incorporate the messages of prevention and personal responsibility for health into, for example, dance performances, so that there will be dances against cancer, against hypertension, etc.” 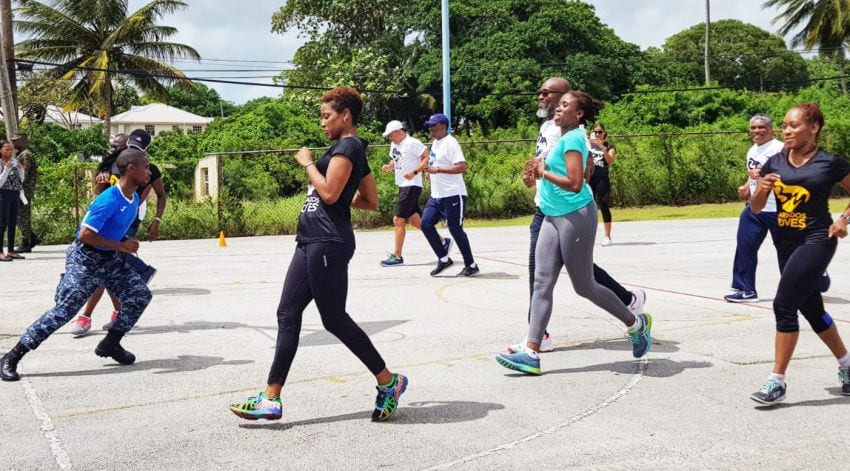 The Health and Wellness Minister concluded: “I’m urging each and every Barbadian to let’s move. Let’s move together as a country and as a region, and if we do this together, we should see a significant reduction in NCDs across our country and across our region.”

Minister Bostic was supported on Saturday by his Jamaican counterpart, Dr. Christopher Tufton, who stressed the importance of an approach to health and wellness which focused on prevention.

Caribbean Moves, he explained, aimed to motivate Caribbean people to do three things – know their health status by getting regular physical checkups, exercise every day and eat a balanced diet.

“What we are saying to our populations is ‘if you do these three things you will do a lot to change the statistic where 70 per cent of deaths in the region is caused by lifestyle-related diseases’.”

The Jamaican Minister of Health said the emphasis was on encouraging people to take personal responsibility for their health by doing the things that will help them to live longer.