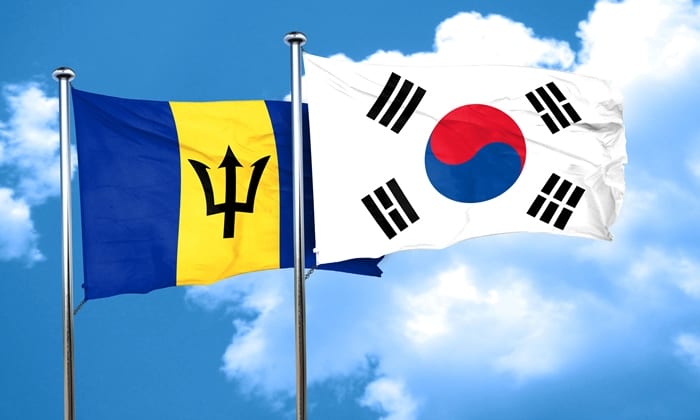 Speaking on behalf of Barbados, Minister of Foreign Affairs and Foreign Trade, Senator Dr. Jerome Walcott said that Caribbean and South Korean institutions should collaborate closely with a view to creating partnerships in key areas such as disaster management, crime and security, aviation, as well as bio and cyber security.

During a meeting yesterday with South Korea’s Minister of Foreign Affairs, Dr. Kang Kyung-wha, Minister Walcott underlined the importance of putting strong follow-up mechanisms in place to ensure that the decisions taken at the forum were fully implemented.

They also agreed that joint Caribbean-Korea projects should focus on making full use of Korea’s expertise, inter alia,  in the area of information and communication technology.

South Korea and Barbados have long-standing and close ties. In 2017, the countries marked 40 years of diplomatic relations.