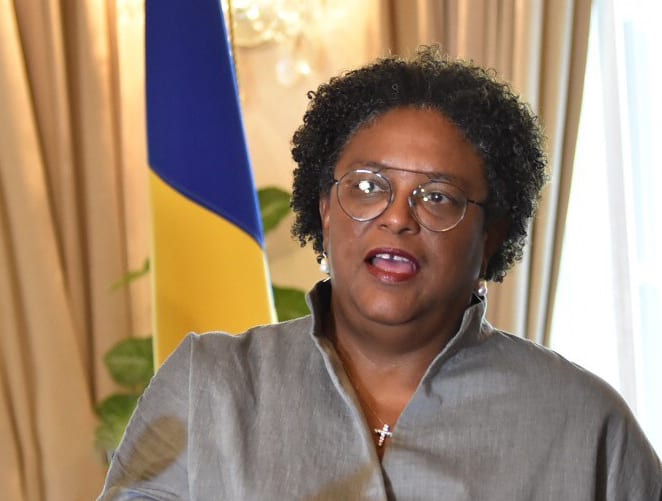 This was disclosed by Prime Minister Mia Amor Mottley yesterday, as she made a statement at the conclusion of the caucus of Heads of Government, following the Ninth Prime Ministerial Sub-Committee Meeting on the CARICOM Single Market and Economy (CSME) and the Sixth Special Meeting of the Council on Finance and Planning (COFAP) at Ilaro Court.

She said: “Right now, there are 10 categories [of workers] and we have agreed to recommend an eleventh category of agricultural workers, primarily because we recognise the importance of being able to obtain food security across the region, particularly in these difficult and turbulent times.

“And…after the realisation of what the climate can do and hurricanes can do and now we see earthquakes disrupt the whole production and distribution cycle, we are conscious and sensitive to the fact that we have to be able to move the region closer to a level of food security in ways that we were not perhaps as assiduous about doing in recent times.”

Ms. Mottley disclosed that the CSME sub-committee which she chaired, would also be recommending to the full conference of Heads of Government the establishment of a single jurisdiction, and a single registration for companies across the region.

She underscored that this was necessary “to boost investment and to reduce both the hurdles and the cost” that many Caribbean enterprises will face, as they seek to do business across multiple jurisdictions.

“We agreed on the principle of mutual recognition with respect to companies incorporated in one Member State [and] being recognised in other Members States and this, of course, will help significantly in reducing those hurdles and costs,” she added.

Ms. Mottley also disclosed that other recommendations to be reviewed at the next Heads of Government Conference would include the establishment of a Law Reform Centre, as a way to stem the shortage of legal draughtsmen in the region. 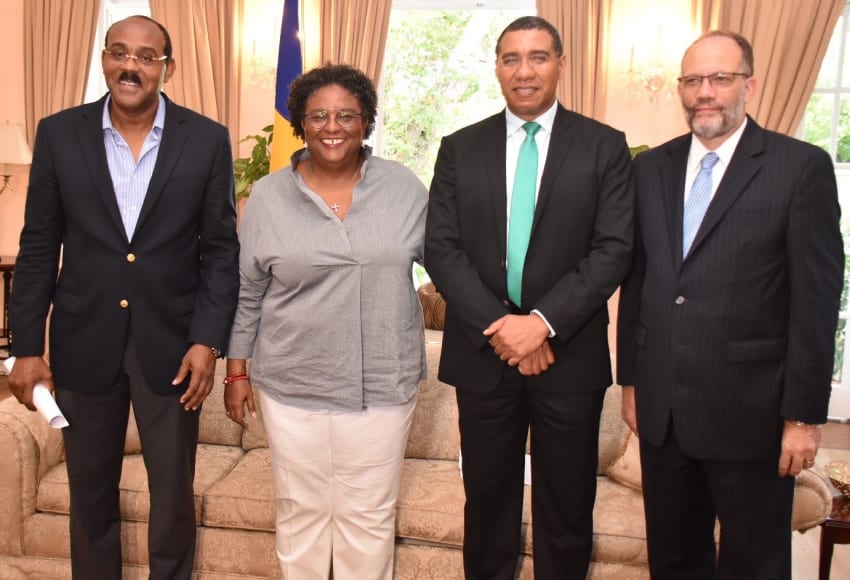 Against this background, she stressed that it was important for Member States to pool their resources, to have model laws, and to be able to reform laws in social and economic sectors in a way that would improve significantly the environment and landscape in which CARICOM citizens have to function.

“We also agreed to look at the adherence of the implementation plan for the Single Market and Single Economy and we literally have outlined the measures to be taken to further advance it, in the short, medium and long-term. And in that context, we have asked Member States to provide regular updates.

“We have agreed that as Chair I would work with Heads [of Government] and countries to see where we can bridge the gap to ensure that progress is made in a seamless way,” she noted.

Concerning the Protocol on Government Procurement, which was at the technical stage since 2004, she explained that it would allow citizens, over certain thresholds, to be able to bid for contracts in other territories, so as to ensure that “there is a larger and more level playing field for all of our citizens, recognising that we are creating those opportunities for them particularly where governments are issuing contracts for services or for major works”.

Ms. Mottley further opined that the regional integration project had to be people-centred if it was to reap success, and that the private sector, labour and civil society should be included in the process.

Heads of Government in attendance also examined the issue of non-compliance within the Revised Treaty, in relation to the timely and effective implementation of decisions and agreed actions. Furthermore, it was advised that disputes arising from non-compliance should be settled as expeditiously as possible.