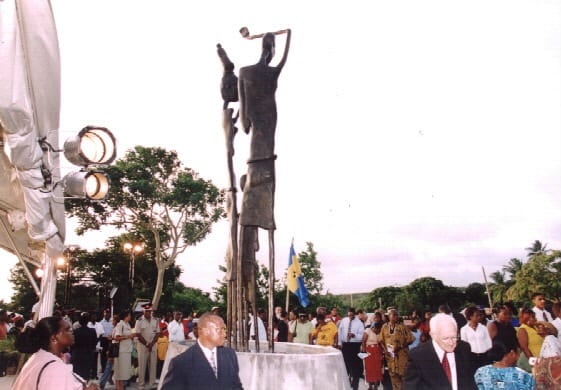 Members of the public are invited to the CARIFESTA Rock Hall Living Museum, which takes place on Sunday, August 20, at the Rock Hall Freedom Village, St. Thomas, from 9:30 a.m. to 6:30 p.m.

According to the Focal Point for Heritage in the Ministry of Culture, Sports and Youth, Sheron Johnson, the free event which celebrates the establishment of the first free Barbadian village in 1841 after Emancipation, will commemorate “elements of African ancestry and the contribution of the former enslaved and their descendants”.

“The Living Museum employs a community-oriented approach that has placed the residents at the heart of the planning for the activity. It will be a legacy of CARIFESTA XIII and will use living history as “a primary mode of interpretation to tell the story of the community”, she stated.

Underscoring that this would be the first time that heritage will feature prominently in CARIFESTA, Ms. Johnson said that the project speaks to the tangible and intangible heritage that is the foundation of The Rock Hall Freedom Village.

The Living Museum also seeks to fulfil one of the key objectives of the United Nations International Decade for People of African Descent, which is to promote a greater knowledge of and respect for the diverse heritage, culture and contribution of people of African descent to the development of societies.

The event will feature an oral history corner; a genealogy workshop; afro-modern African fashion, heritage tours, art and craft, workshops on stilt walking; audio recordings explaining the mystery behind the establishment of the Rock Hall Village; a children’s corner with traditional games; a space for youth to discuss issues impacting on their generation; and other interactive activities.

The initiative is being funded and coordinated by the Ministry of Culture, Sports and Youth, in collaboration with the Rock Hall Community, the Department of Archives, the Commission for Pan African Affairs and the CARIFESTA Secretariat.

For further information, persons may contact Sheron Johnson at the Ministry of Culture, Sports and Youth, at 621-2700.