CARIFESTA XIII Is Under Way

CARIFESTA XIII has officially begun. The pulsating rhythms of the region, and its electrifying colours of costumes have been brought to Barbados for 10 days of music, art, performance, literature and culture.

Afterwards, they assembled in various groups and paraded through the streets of Bridgetown.  They wore items depicting their traditional masquerade costumes or clothing that reflected their country’s national colours and symbols.  It was indeed a sight to behold.

Some delegates carried drums, while others, such as those from Haiti, wore spectacularly embroidered and elaborate costumes, face paint, and colourful headpieces. Each of the 27 delegations brought their cultural traditions to the streets, as they made their way to the Kensington Oval for the official opening ceremony of CARIFESTA XIII.

During his feature address, Minister of Culture, Sports and Youth, Stephen Lashley, referred to this vibrancy as the factor that would continue to develop the region.  While expressing the view that culture needed to be the new frontier for the further development of Barbados and the region, Mr. Lashley spoke about the Host Country Management Committee’s vision for CARIFESTA XIII.

“As we began planning for the festival some two years ago, we chose from the outset to place the development of the cultural industries at the core of the festival. It is reflected in the elements of the festival, with the restructuring of the Grand Market and the Buyers Shopping Mall, which is operational at the Lloyd Erskine Sandiford Centre,” he said. 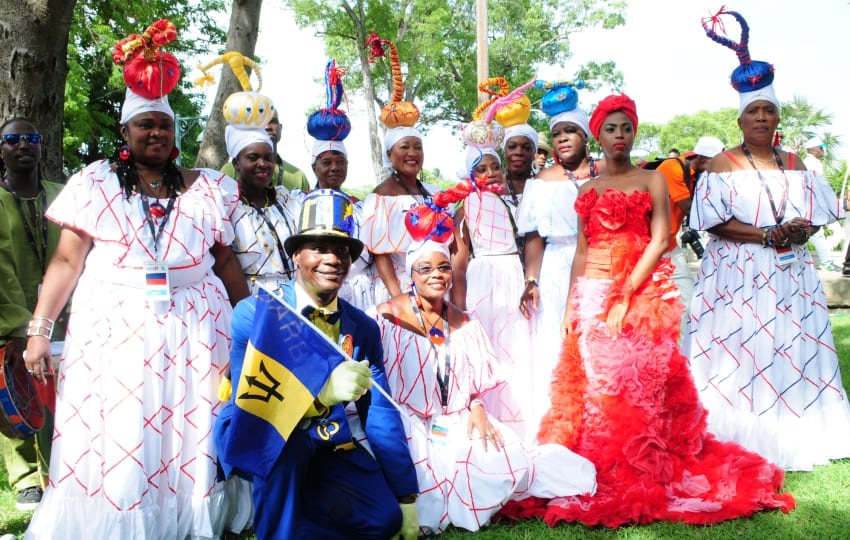 Minister Lashley disclosed that 32 buyers were invited from Europe and North America to review the products of Caribbean Creatives in the areas of fashion, music, gourmet products, beauty products and the visual arts.

Additionally, he noted that this new direction is intended to position the festival as a “world renowned mega festival of Caribbean cultural and artistic excellence”, with the hope of bringing economic benefits, uniting the region and exciting all peoples.

While speaking to the thousands gathered, the Minister said that CARIFESTA XIII would be remembered as a turning point in the region’s quest for further economic diversity, and for the deepening of cultural ties within the region, while “establishing the real significance of the cultural industries as key to the economic transformation of our economies”.

As Barbados continues to make strides in developing the infrastructure for the Cultural Industries, the Culture Minister announced that two more names had been added to Barbados’ list of Cultural Ambassadors. 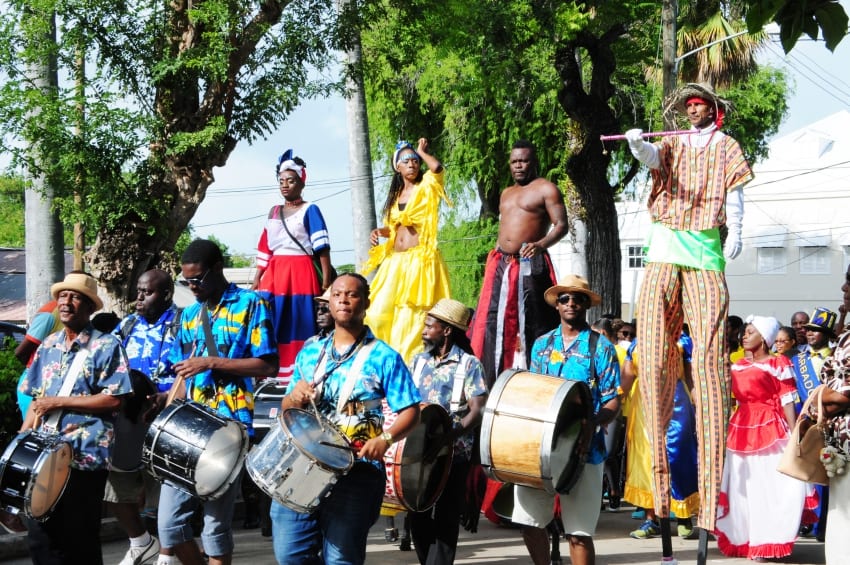 Secretary General of CARICOM, Irwin Larocque, who also addressed the thousands gathered, echoed Minister Lashley’s sentiments on the importance of culture and its development of the Caribbean.

“Our heads of government have indicated repeatedly that the development of culture and the creative industries is an integral part of the region’s strategy to generate inclusive, equitable and sustainable growth,” he said. He further stated that culture is the “cornerstone” of the regional integration movement and it is in fact a force that “binds” and inspires the region’s peoples.

Mr. Larocque also pointed out that CARIFESTA plays an important role in the region’s cultural development. “Since 2004, the committee has recognised this festival as the ideal forum in which to advance the development of our cultural and creative industries for the benefit of our artists and the region. This has been recognised by [governments] who have endorsed the strategic plan to present a new CARIFESTA that will bring economic benefits, in addition to its tremendous social and cultural value,” he stated.

He also added that the Caribbean Development Bank had recently approved USD 2.6 million to establish a Cultural and Creative Industries Innovation Fund.  Among other things, the fund will assist the public and private sectors of member states with seed funding for enterprises.

After the speeches, spectators were treated to the energetic and upbeat sounds of several local entertainers and groups, including Ayana John, Pinelands Creative Workshop, Sistaz and Dancin’ Africa.

And, although the passage of Tropical Storm Harvey had delayed the opening of this spectacular event, it had not put a damper on the evening’s festivities.