CARIFESTA XIII Parade Not To Be Missed 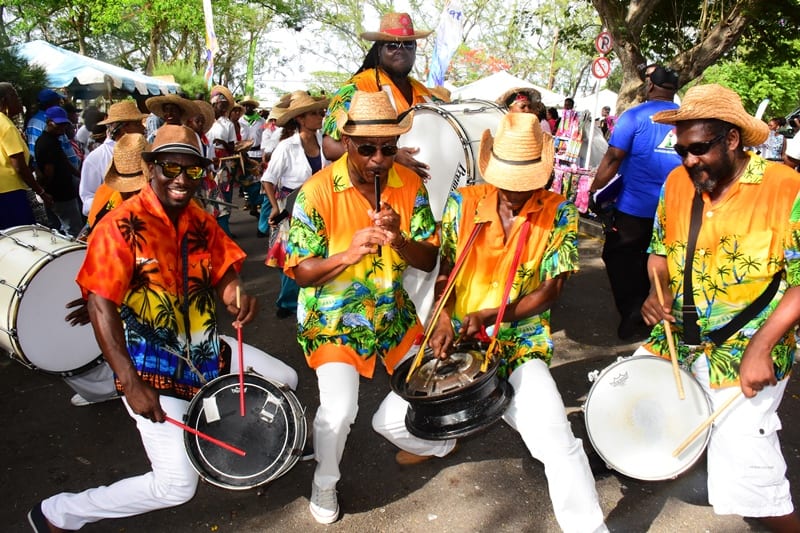 All Barbadians are being encouraged to come out to the CARIFESTA XIII Parade of Countries, which will take place on Friday, August 18, beginning at Queen’s Park, at 3:30 p.m.

The parade will give members of the public the opportunity to see the participating delegations in their countries’ various masquerade costumes, as they move through the streets of Bridgetown towards Kensington Oval, where they will join spectators for the official opening ceremony at 6:00 p.m.

Barbadians are encouraged to line the route of the parade, which will leave Queen’s Park from Nelson’s Gate at 3:30 p.m.; travel along St. Michael’s Row to the Marhill Street junction; and on to National Heroes Square, opposite the Parliament Buildings.

The parade will then proceed along Broad Street towards Jubilee Gardens; pass in front of the Old Town Hall Building; travel along Cheapside and Fontabelle; and enter Kensington Oval via the Hanschell Inniss Gate.

To gain entry into the opening ceremony, persons must produce a ticket, which may be obtained free of cost from the Ministry of Culture, Sports and Youth in Sky Mall, Haggatt Hall, St. Michael.

Spectators at the opening ceremony will be treated to a potpourri of talent from the Caribbean’s best performers. From traditional Barbadian dance styles to modern and contemporary rhythms, the audience is expected to be energised by performances from groups and individuals such as the Barbados Dance Project Extension and the 100 Voice Project.

After the official opening, Barbadians and visitors alike will be able to sample the musical, culinary, visual and performing arts present in the region over the 10 days of the festival.

The theme of CARIFESTA XIII is: Asserting our Culture, Celebrating Ourselves.