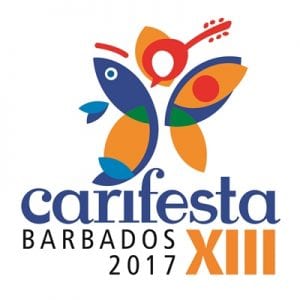 Preparations for the hosting of CARIFESTA XIII, the region’s largest arts festival, have shifted into high gear.

So far, eight CARICOM countries have confirmed their participation, and Barbados is expected to play host to over 3,000 artists, artistes and artisans, their families and supporters from Thursday, August 17 to Sunday, August 27.

In addition to early confirmers Anguilla, Antigua & Barbuda, The Bahamas, Belize, Bermuda, Guyana, Montserrat and St. Lucia, there has been interest shown in the regional showcase from international buyers from Colombia, North America, Europe and the Middle East.

Much interest comes as a result of one of the major events for the Festival – the Grand Market and Buyer’s Shopping Mall, which is the Caribbean’s first mega mall. It is expected to feature the widest range of Caribbean creative products under one roof, with over 300 booth spaces available.

In addition to the Grand Market, which will be held at the Lloyd Erskine Sandiford Centre, there will be a number of entertainment events at various venues across the island where the region’s talent will be showcased.

There are also plans in place for two Super Concerts, the Opening and Closing Ceremonies, three Signal Events, as well as nightly performances from the various country delegations. Many of the venues, including some schools, are presently undergoing stages of refurbishment in preparation for the Festival.

A call has been issued for submissions from community groups and persons interested in producing their own events which can be promoted on the official CARIFESTA calendar. These creative fringe functions will give artistic and resourceful individuals or groups the opportunity to design and develop events which can be seen by regional counterparts who will be visiting at the time.

Individuals or companies are also encouraged to express their interest in providing support services for technical and production roles for the festival, as well as carpentry and joinery services. Another call has gone out for persons interested in volunteering to assist at the various events. Details for submission can be found on the CARIFESTA website www.carifesta.net. The deadline is Tuesday, February 28.