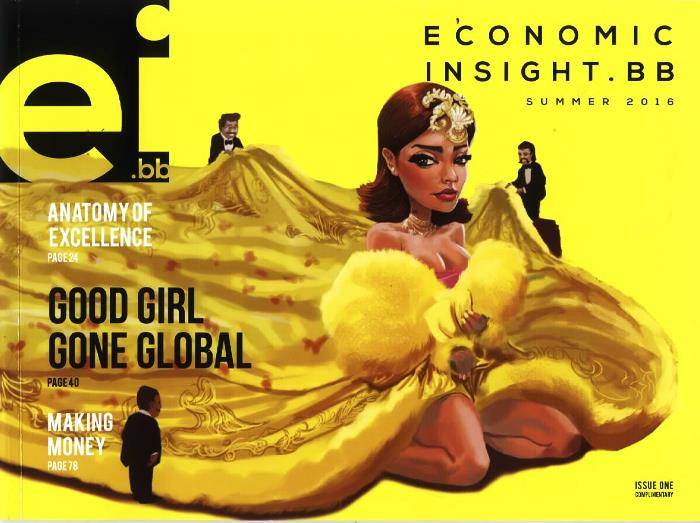 The Central Bank of Barbados’ new magazine Economic Insight.bb (EI.bb) has been described as a showcase of Barbadian excellence.

Minister of Labour and Deputy Chairman of the 50th Anniversary of Independence Coordinating Committee, Senator Dr. Esther Byer Suckoo, gave this summary of the publication today, at the official launch of the magazine in the Grande Salle, Central Bank of Barbados.

During her remarks, Senator Byer Suckoo told those gathered that EI.bb was aligned with her Ministry’s objectives on Human Resource Development, and was a testament to Barbadians who have reached their full potential.

“In my capacity as the Minister of Human Resource Development, I’m also pleased that we can showcase for Barbados case studies on individuals who have been able to succeed in a number of spheres.

In addition, the Minister encouraged persons to take advantage of the publication, which seeks to “demystify economics” and make civilians more knowledgeable about the economy.

Senator Byer Suckoo stated: “We realise that there is a need for public education on economic and financial messages…This is an era where persons have access to information, but when you look for information on economic issues, it means very little and goes over one’s head.”

For this reason, the Labour Minister said she was hopeful that the Central Bank of Barbados’ new “non-technical” and visually dynamic publication would garner the attention of a wider cross section of readers.

The first edition of EI.bb features content on iconic Barbadians who have done credit to their nation and domestic economic issues. These include profiles on renowned Barbadian superstar Rihanna; Alan Emtage, who invented the first search engine; the importance of maintaining Barbados’ foreign reserves; and an explanation of printing money.