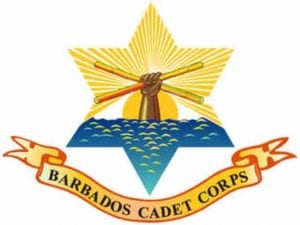 Between 2003 and 2006, Lieutenant Colonel Brathwaite was seconded to Cadet Headquarters, where he worked as a Training Officer. During his secondment, he organised and conducted courses for cadets and adult leaders across the region.

In August 2011, the new Commandant was awarded the prestigious Caribbean Cadet Medal for his contribution to the development of the Regional Cadet Training Manual.

Lieutenant Colonel Brathwaite holds an Associate Degree in Art Education, a Bachelor’s Degree in Fine Arts (with honours), a Masters Degree in History, Diploma in Education (with distinction), and a Certificate in Educational Management and Administration.

A Change of Command Parade will be held on Saturday, October 8, at the Barbados Defence Force, St. Ann’s Fort, Garrison, St. Michael, at 4:00 p.m. Outgoing Commandant, Lieutenant Colonel Bradshaw, will deliver an address.