Change Of Command Parade On Jan. 31 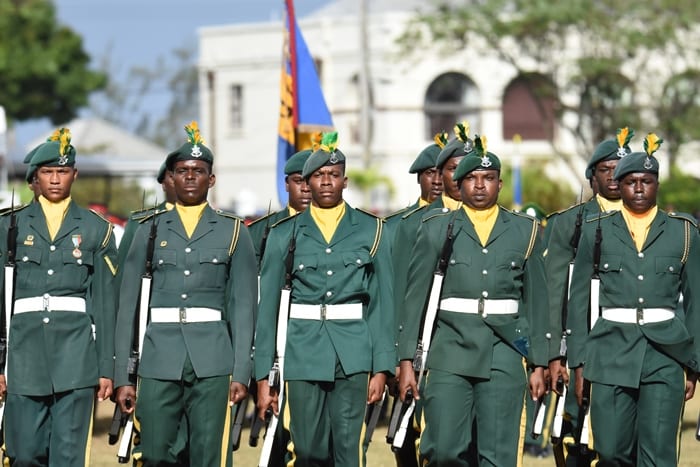 A Change of Command Parade for the appointment of the Chief of Staff of the Barbados Defence Force (BDF), will take place at St. Ann’s Fort, The Garrison, next Tuesday, January 31 at 6:00 p.m.

At that parade, the command of the BDF will be handed over from Colonel Alvin Quintyne to Lieutenant Colonel Glyne Grannum, who will be promoted to the rank of Colonel.

Colonel Alvin Quintyne, and Deputy Chief of Staff, Commander Errington Shurland, both retire on Tuesday, January 31, after each spending more than 30 years at the BDF.

Commander Shurland will be succeeded by Acting Commander Aquinas Clarke, who will be promoted to the rank of Commander.