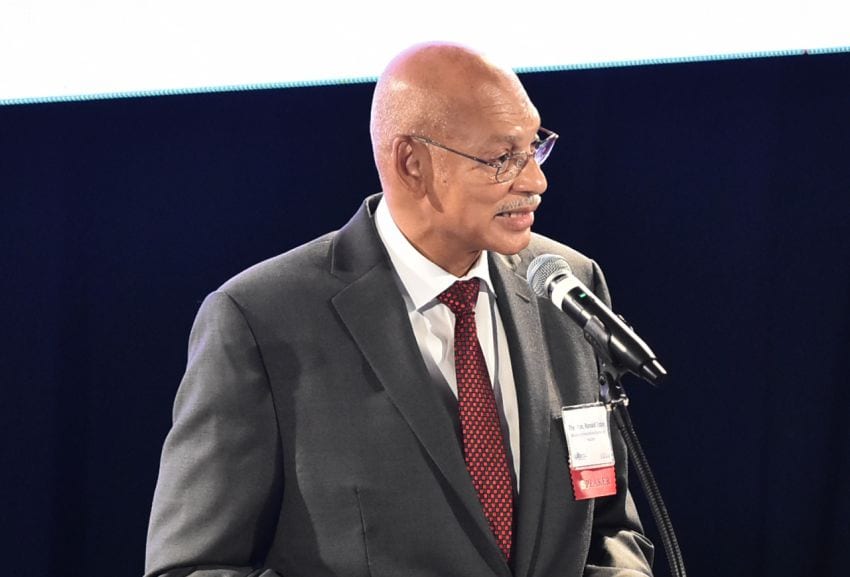 Minister of International Business and Industry, Ronald Toppin, will be seeking Cabinet’s approval to implement changes that could transition this island’s international business sector to a global business ethos.

Minister Toppin explained with the island’s implementation of Action 5 of the Harmful Tax Practices of the Organisation for Economic Cooperation and Development’s (OECD) Base Erosion and Profit Shifting (BEPS) project prompted a critical look at the sector.

He said: “Barbados’ commitment to implementing Action 5 of the BEPS project, as well as the ongoing economic recovery transformation programme, has caused us to critically examine our systems with a view to understanding how they contribute to Barbados’ overall competitiveness or the lack thereof, and improving them.

“It is proposed that the Foreign Currency Earnings Credit will be abolished and that Barbados will be moving to a regime which will see the convergence of tax across all business entities. The details are still being assessed and various modules are currently being run. What I can state is that the new rate will remain competitive and ensure that those international businesses which are here will continue to benefit from certain incentives,” he shared.

“This will, in effect, close off these regimes as the IBC Act will be repealed and the SRL Act will be amended to give effect to the end of new International Societies,” he stated.

Mr. Toppin further revealed that a new regime would be “rolled out” in January 2019, which will seek to maintain the current benefits to the industry as much as possible.

Reiterating that details still needed to go before Cabinet, he outlined: “What I will say is that, shortly, we will be announcing the nuances of the transition process and two new vehicles that will be used to traverse this global arena.”

He added that the ease of doing business in Barbados was also being critically examined. “The response thereto is not only to address BEPS concerns but to enhance and improve areas such as the use of technologies and improvements to our regulatory regime, the Companies Act and the Foundations Act, to name a few,” he revealed.

Describing Barbados as “David with the mammoth task… of conquering Goliath”, the International Business Minister declared he believed the country was well placed to achieve the triumph of completing the necessary legislative amendments by the December 31, 2018, deadline.

He added that Barbados would provide its final progress update at the upcoming extra-ordinary meeting of the Forum of Harmful Tax Practises (FHTP) in early January.

“The European Union is monitoring our progress by way of the reports issued by the OECD through its FHTP and, therefore, we do not expect or anticipate any negative listing by the European Union.  We are nimble, skilled and strategic enough to accomplish our mission,” the International Business Minister remarked.