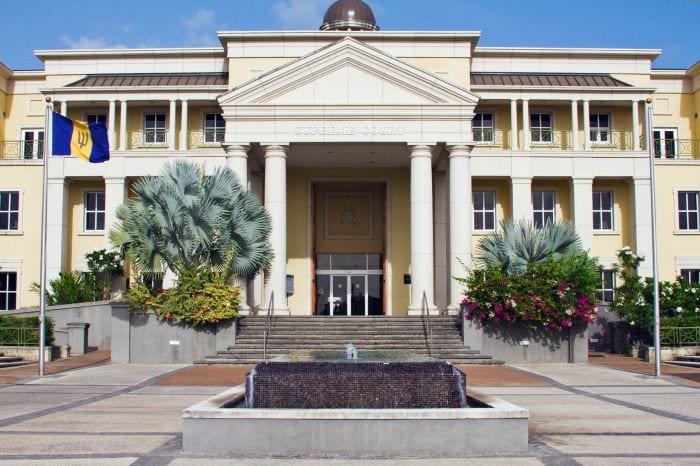 Birth, marriage, death and cause of death certificates due to be collected on April 11, 12, 13, and 16, will be available on Monday, April 16, from the Registration Department in the Supreme Court Complex, between 9:00 a.m. and 2:00 p.m.

Registrar of the Supreme Court, Barbara Cooke-Alleyne, has advised that only urgent applications will be processed going forward. This is to allow staff to begin preparation for a temporary relocation and to facilitate a general cleaning of the White Park Road, St. Michael complex, which has environmental issues.

Meanwhile, empanelled jurors in matters in Criminal Court Nos. 2 & 5 are asked to report to court on Monday, April 16, at 9:00 a.m. New jurors selected for the period April 16 to June 1, are also asked to attend court on that date and time for a meeting with Mrs. Cooke-Alleyne. Matters before the Court of Appeal will be heard in Court No. 9.

Mrs. Cooke-Alleyne explained that the staff was being relocated to allow for a thorough cleaning of the Supreme Court Complex and to have other outstanding issues rectified.

During a meeting with staff this afternoon, the Registrar gave the assurance that their safety and health concerns were of high priority and noted that the Ministry of Labour was involved in the matter.

Staff members were advised to report for work on Monday, April 16. However, the facility will be closed to the public on Tuesday, April 17.