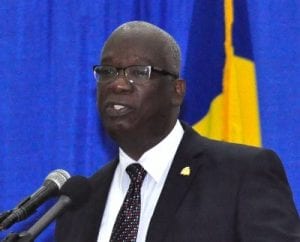 Charles F. Broome Memorial Primary School will this Friday, February 24, officially sign on to the Power of Choice initiative.

The initiative, which places emphasis on inculcating positive behaviours in children, is a structured programme that seeks also to influence character development; expose students to myriad life skills; and instill within them a sense of purpose and respect.

The school at Government Hill will launch its programme on the school’s compound at 8:30 a.m. Minister of Education, Science, Technology and Innovation, Ronald Jones will deliver the feature address at 9:00 a.m. and this will be followed by a brunch for students and teachers.

Charles F. Broome Primary is among a few schools on the island that have placed Power of Choice banners in their classrooms and around their environs. Others include Christ Church Foundation, Princess Margaret Secondary, and more recently, St. Leonard’s Boys’.

Other elements of the Power of Choice brand include television advertisements related to the banners, and the launch of screens at about 10 schools to display positive messages in cafeterias and elsewhere. Queen’s College, Daryll Jordan and Foundation have also benefited from workshops.

The Power of Choice initiative is led by FreeMind Institute under the direction of Errol Griffith, its Managing Director.