Choose Careers That Make You Happy 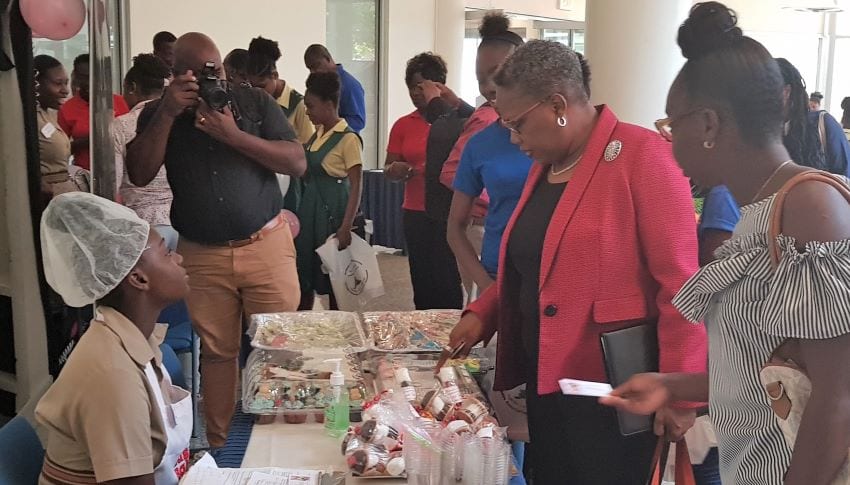 Deputy Chief Education Officer with responsibility for Schools, Joy Adamson (in red jacket) touring one of the display booths at the National Career Showcase at the Lloyd Erskine Sandiford Centre today. (A.Reid/BGIS)

Students attending the 13th Annual National Career Showcase on Monday at the Lloyd Erskine Sandiford Centre were told to choose the careers they want, and not necessarily the jobs their parents would like them to have.

Deputy Chief Education Officer with responsibility for Schools, Joy Adamson, offered this advice while delivering the feature address at the opening ceremony of the two-day showcase, which was organized by the Barbados Association of Guidance Counsellors.

It targeted third formers who are preparing to choose options for subjects they want to pursue as seniors, as well as fifth-form students who are looking to leave school to enter the world of work or pursue higher education.

“You might start out being an Accountant and you might change and go into another field. But whatever you do, make sure that you like what you do.  Do not do what your parents want you to do only. They will help to guide you, but don’t go into the career field that they alone have identified for you.  I want you to make the choice for yourself, so move around to all of the booths [here today] …and ask a lot of questions because you are the only one that can make the decision for yourself,” she advised.

The Deputy Chief Education Officer also told students that they needed to develop their own careers or niches instead of trying to fit into existing career fields.

She suggested to students that there were emerging careers they could get into such as the Health Alliances field. 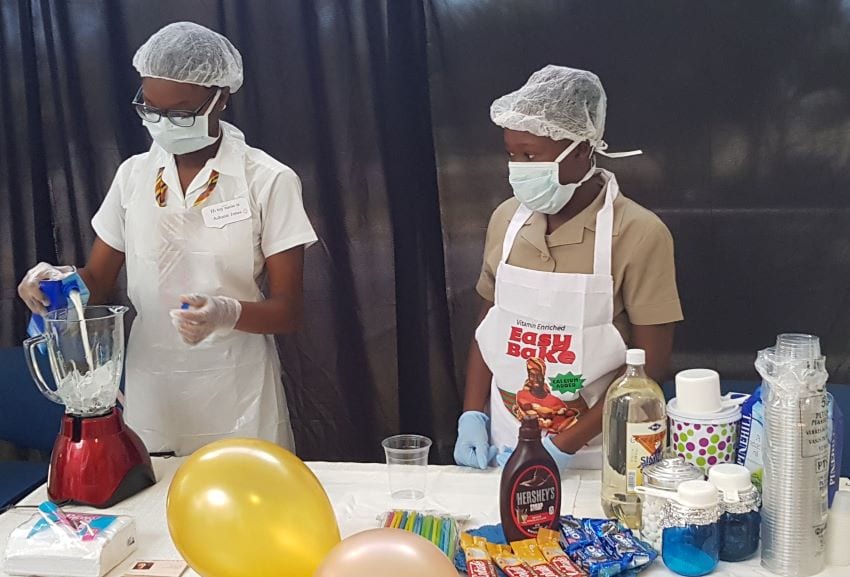 Ashante Jones and company of Groovy Desserts preparing one of their tasty treats at today’s National Career Showcase. (A.Reid/BGIS)

“We need centres for our ageing population where they can go during the day and interact with other elderly persons to keep their minds active.  So, we need caregivers. We talk about the health alliances agencies and businesses that are coming up. Think about these things that, you too, can do so that we will target that ageing population. We have a very good educational system; we have a very good health system; persons are living longer.  These are areas that I would want you to consider moving into,” the Deputy Chief Education Officer said.

She added that students should explore different career options to find out where their passions lie.

“What skills do you have?  What do you like doing?  What is the one thing you did that you felt good at and that you would want to explore and move in that direction? If you can answer these questions, try to seek out the agencies or individuals in those fields, shadow them and volunteer.  It is not only about dollars and cents.  Too often persons just want to look at which career is going to give them the most money. I am telling you to choose a career that makes you happy it is not only about the money,” she emphasized.

Mrs. Adamson thanked the Sandy Lane Charitable Trust, one of the title sponsors of the showcase, for supporting the event and providing an additional six guidance counsellors who are currently in primary schools.

They complement the Student Services section of the Ministry of Education, which has a small staff – two social workers and one senior psychologist – who cater to all of the secondary and primary schools. 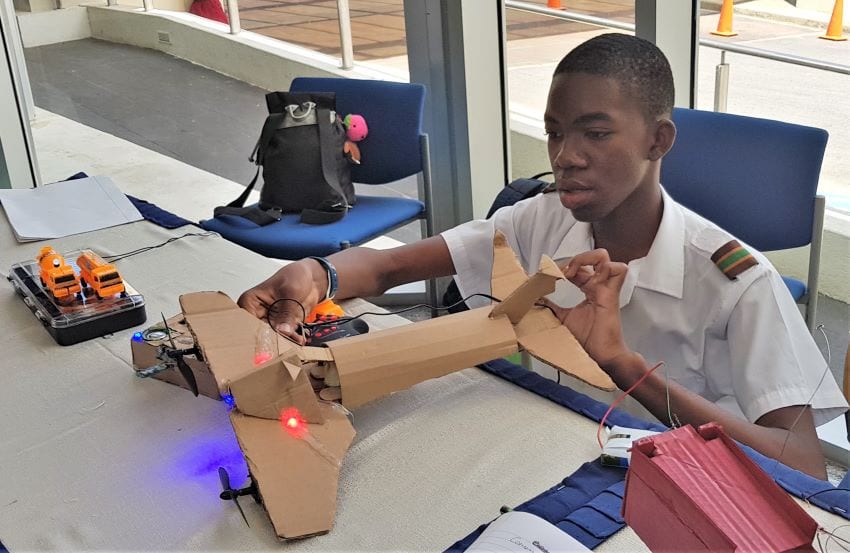 Science whiz Daleron Thomas of the Frederick Smith Secondary School showcases one of his creations at the National Career Showcase. (A.Reid/BGIS)

The senior educator also advised guidance counsellors to add to their skills set by gaining additional certification, such as National Vocational and Caribbean Vocational Qualifications, which are available through the Technical, Vocational Education and Training (TVET) Council, another title sponsor of the showcase.

Through the Small Business Association’s Enterprise in Action programme, a number of students are also showcasing their businesses at the event, along with representatives from tertiary institutions and the private and public sectors.  It is hoped that approximately 2,500 students will benefit from the showcase.