Church Must Respond To Needs Of People 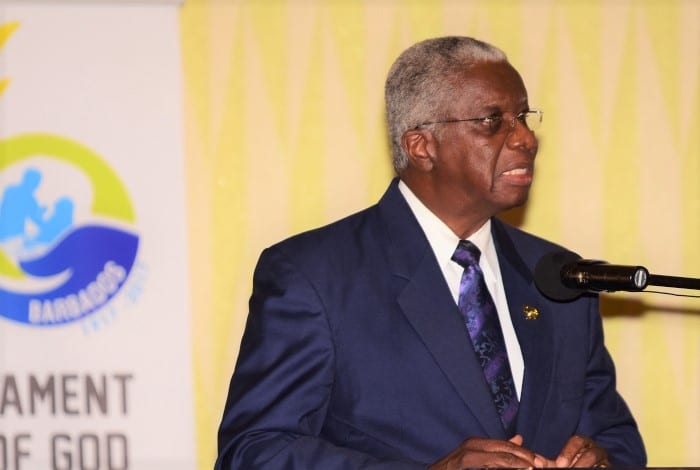 Prime Minister Freundel Stuart has reminded the Church that it has to be adaptable and respond to the spiritual and other needs of the people it serves.

He made the comments last Friday at the Awards Ceremony and Dinner of the New Testament Church of God, at the Barbados Hilton Resort.

Stating that there was an inseparable link between politics and the church, Mr. Stuart pointed out that as long as they were “poor, bruised persons” with various issues, including social and economic, then the mission of the church and politics coincided.

He continued: “People are captive to various things and once you have that, the gospel of deliverance has to come, not only from the church, … it has to come from the political class as well….”

The Prime Minister observed that some people were investing so heavily in the things that money could buy, that they were losing sight of the importance of those things that could not be purchased. Noting that material possessions could be easily destroyed, he alluded to Dominica’s recent experience in which Hurricane Maria seriously devastated the country.

“It is not the things that money can buy that are needed in Dominica now, it is the spirit of the Dominican people, something that money can’t buy, that has had to be mobilised to apply itself to the rebuilding effort at present that is going on there.

Mr. Stuart stressed that the values of the society held it together, adding that the showing of compassion to the vulnerable was necessary to make life worthwhile.

Congratulating the New Testament Church of God for its contribution to society over the last 100 years, the Prime Minister noted that it was born in very difficult circumstances, but had demonstrated by the robustness of its faith that it had been “equal to all of the challenges”.