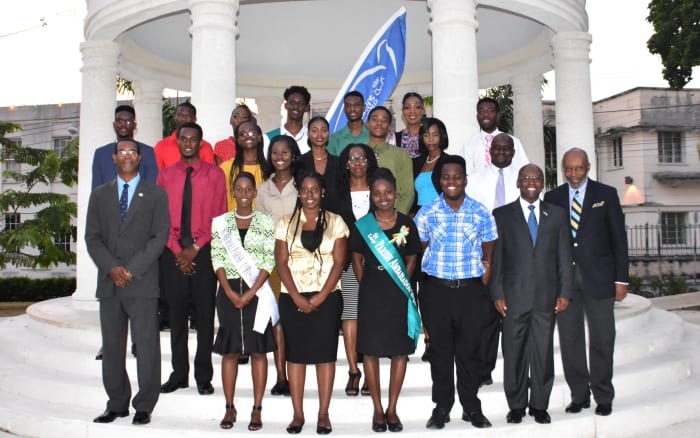 The Community Independence Celebrations Secretariat (CICS) has partnered with the Duke of Edinburgh’s International Award.

The partnership was officially launched by Minister of Culture, Sports and Youth, Stephen Lashley, during a ceremony held at the Nidhe Israel Synagogue in The City yesterday.

Through the partnership of the CICS and the Duke of Edinburgh’s International Award, parish ambassadors will engage in several activities that satisfy the following requirements for Bronze Awardees, namely service, physical recreation, skill and an adventurous journey.

Mr. Lashley told the parish ambassadors gathered that with the official twinning of the CICS and the Duke of Edinburgh’s International Award, there was now even more reason for young people to get out and make a difference in their community. He encouraged them to “get out of their comfort zones” and be a “positive change” in their societies.

“Our children and youth firmly hold the key to Barbados’ future development. I urge you young persons to affect positive change and make a difference in the lives of those around you,” he stated.

According to the Minister, the experience gained within both programmes would enrich the lives of participants and teach them to appreciate people from different backgrounds.

He encouraged those parish ambassadors under the age of 24 to take advantage of the opportunity to complete the Duke of Edinburgh’s Bronze Award and then continue on to one day achieve the Gold Award.

The Youth Minister added that he was proud that the CICS joined other organisations, such as the Barbados Defence Force, the Girl Guides, Boy Scouts and Cadet Corps, in partnering with such “a worthwhile endeavour” as the Duke of Edinburgh’s International Award.

This year’s Community Independence Celebrations will centre around the theme: Building Community Spirit…. Embracing Our Culture.