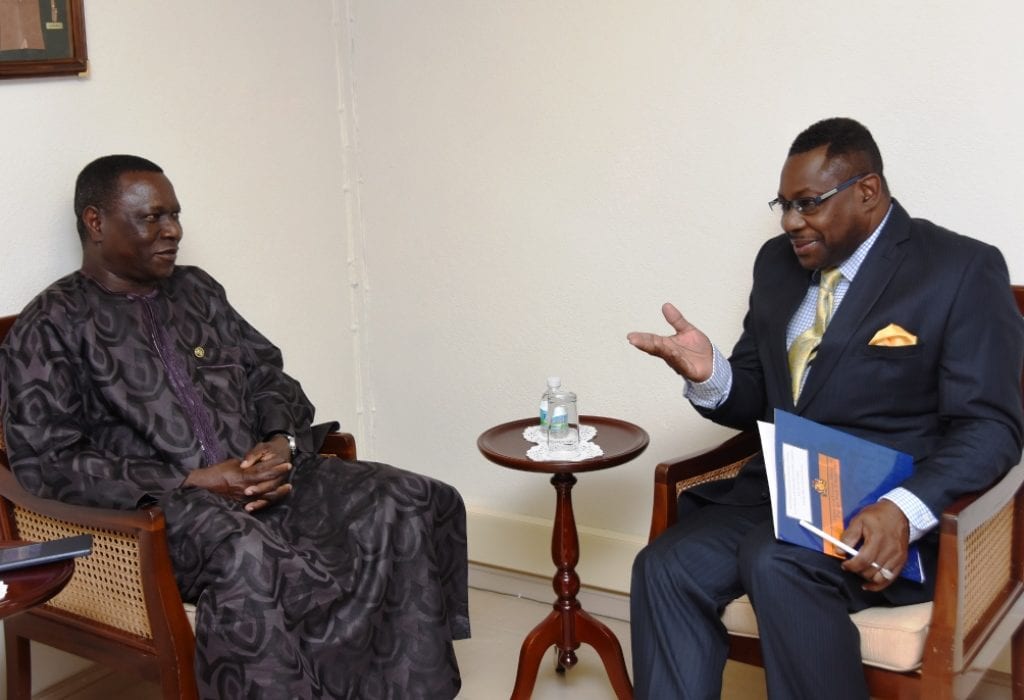 Barbados and Ghana have committed to developing a closer relationship which would be beneficial to both countries.

During the talks, which took place at the Ministry’s Culloden Road location, the High Commissioner noted that he was keen to follow through with previous agreements made between the two countries as it related to bilateral agreements and policies.

He was also of the opinion that Barbados and Ghana could support each other in a number of ways. Citing collaboration on the cultivation of sugar as one way of possible cooperation, Mr. Tia explained that Ghana had a sugar factory which could benefit significantly from the expertise of Barbadians.

Mr. Blackett agreed that the two countries should have closer collaboration on a number of issues, and informed the High Commissioner that there had been an “awakening” of Barbados’ connection to Africa over the past 20 years, with the establishment of organisations like the Commission for Pan African Affairs.

He also updated him about the Mabalozi Project, a school’s outreach initiative organised by the Commission which is designed to equip teachers with the knowledge and skills to create African awareness among children.

The acting Minister added that a number of schools now celebrated African Awareness Month in February, during which a day was designated for students to wear African clothing and participate in Afrocentric activities. The officials also discussed cultural exchanges in a number of areas, including festivals and films.