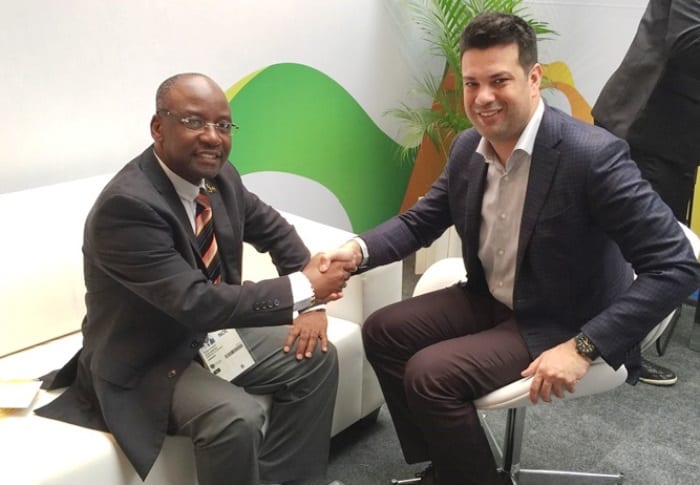 Barbados and Brazil are looking to forge closer ties in sports.

This was the major talking point when Minister of Culture, Sports and Youth, Stephen Lashley, paid a courtesy call on his Brazilian counterpart, Leonardo Picciani, recently in Rio de Janeiro, Brazil.

Mr. Lashley, who is in that Latin American country to attend the Rio Olympic Games, paid a courtesy call on Mr. Picciani at ‘Casa Brazil’ (Brazil House), where a number of local exhibitions on various aspects of Brazilian sports and culture are on display for the duration of the Games.

Mr. Picciani agreed with Mr. Lashley that the two countries should engage further on key areas, including cooperation in football and the enhancement of sports infrastructure. Also discussed was the possibility of establishing a sports agreement between the two countries.