Co-operatives’ Initiative Not Just For Barbados 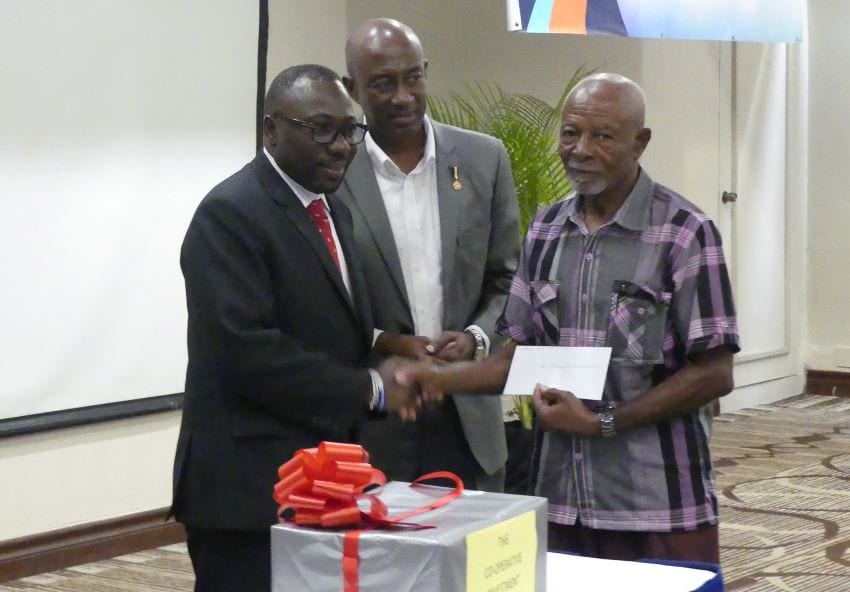 Minister of Small Business, Entrepreneurship and Commerce, Dwight Sutherland shaking hands with President of the Prudential Credit Union, Granville Payne. Mr. Payne was the first to deposit a cheque into the Cooperative Investment Fund. Looking on is President of the Fund, Oriel Doyle. (Photo courtesy of Trident Barbados)

“It is a pioneering initiative not only for Barbados, but for the entire Caribbean.”

That’s how the newly-launched Cooperative Investment Fund was described by Minister of Small Business, Entrepreneurship and Commerce, Dwight Sutherland, last Friday night, as he addressed the launch ceremony, at the Accra Beach Hotel and Spa, Rockley, Christ Church.

Minister Sutherland said: “The importance of such an investment fund cannot be overstated, as this facility has the potential to satisfy the critical needs of the cooperatives by affording them access to capital without the possibility of compromising the autonomy and the one-member one-vote structure.”

Relating that his early interests in cooperatives came as a result of his grandfather’s involvement as a co-founder in a cooperative, he said it taught him the importance of the credit union movement, and remained sentimental as it shaped his “value system as a young man growing up”.

Linking the origins of the fund to the current economic situation, Mr. Sutherland pointed out that it was a well-known fact that a number of financial cooperatives had accumulated considerable savings in the banking system over the years and this had generated little or no interests, and notably so, since the minimum wage savings rate was abolished by the Central Bank of Barbados.

“This catalyst has triggered cooperatives to examine viable options and mechanisms through which a significant return on investment can be realized, while maintaining compliance with the Cooperative and Friendly Societies Act Cap 378 A.  This led to the ultimate solution in the establishment of the Cooperative Investment Fund Society Ltd., which was registered sometime in August 2018,” he added.

Minister Sutherland commended the fund, and noted its guiding objectives spoke to the promotion of wealth creation for members, by providing the means whereby investment can be made; the provision of investment and saving facilities for members; as well as the continued development and advancement of the cooperative movement.

And, he stressed: “These objectives are attainable if the principles and values which spur the evolution of the credit union from the meeting term concept into the sophisticated financial institution that exists, are applied.” 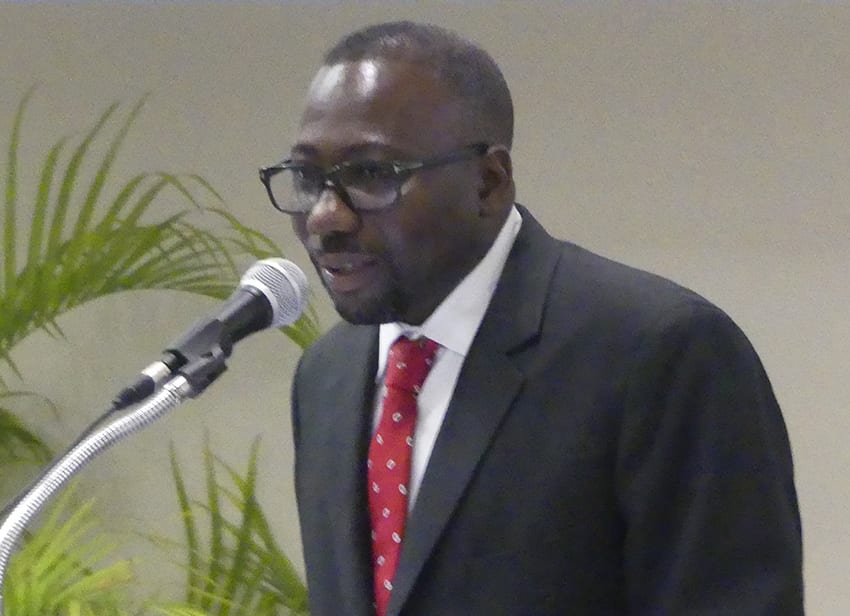 Minister of Small Business, Entrepreneurship and Commerce, Dwight Sutherland speaking at the launch of the Cooperative Investment Fund at the Accra Beach Hotel and Spa last Friday. (Photo courtesy of Trident Barbados)

Further acknowledging the principles included diligence, assiduousness, vision, and community spiritedness, he said the clear evidence that cooperatives achieve common goals and shared benefits for all must be replicated, if they were to reap rewards from this important venture.

He also called on board members of all cooperatives to make the fund “the success it can be”, and urged them to invest to ensure Barbados’ success as a forerunner in the endeavour.

Lauding the cooperative movement, he said worldwide it boasted assets of over US $1.5 trillion with over one billion members, representing a healthy penetration rate of cooperative involvement globally.

Stating that in Barbados the financial cooperative sector had surpassed the two billion mark, while the non-financial sector was steadily approaching the BDS $10 million mark, the Commerce Minister stressed this must be commended, as both sectors continue to grow in this challenging economic period.

“Financial cooperatives, such as the Barbados Public Workers’ Cooperative Credit Union Ltd.; The City of Bridgetown; Shamrock; St. Stephen’s and others, have transformed the lives of many ordinary Barbadians and have afforded many of them a higher standard of living.

I can attest to that…. I went through the transformation process by the will of my grandfather,” he said, adding that these institutions had become regulated societies, affording members financial options, previously out of their reach, and these contributions should be lauded.

Of the newly-formed Cooperative Investment Fund, he acknowledged that it would enable the movement to carry its achievement “one step further”. “The fund will assist in creating an enabling environment for the other small cooperatives to strive, thus creating a win-win situation for both the investor society and the society dependent on the investments,” he surmised.