Commitment Of Resources A Vote Of Confidence 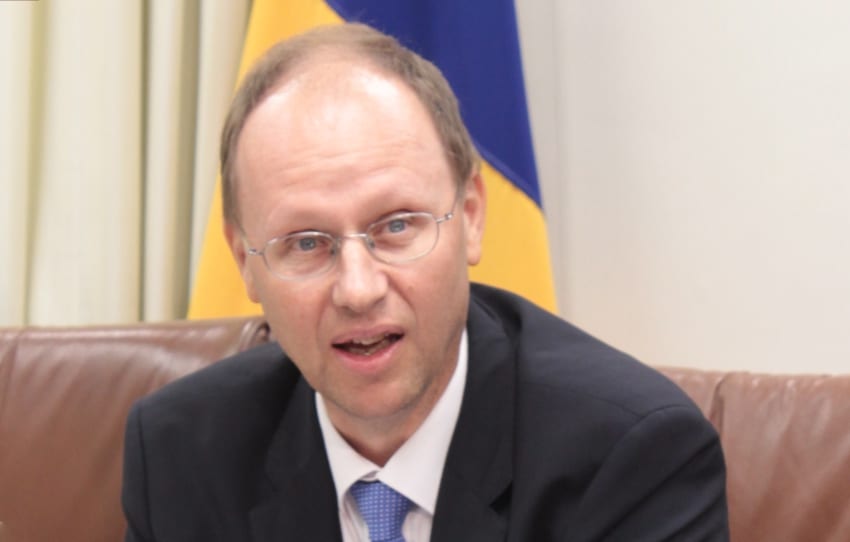 Barbados’ Economic Recovery and Transformation Programme seems to have received a thumbs up from the International Monetary Fund (IMF).

Deputy Division Chief of the Caribbean II Division of the IMF, Bert van Selm, who led the mission to Barbados, told a press conference today that the important commitment of IMF resources was a vote of confidence in the Barbados Economic Recovery and Transformation Programme.

Mr. van Selm explained that the IMF’s support for the programme would amount to about US $290 million or 220 per cent of Barbados’ quota in the IMF. He added that if the programme was to be approved by the IMF’s Executive Board about US$ 49 million would become immediately available. He said the Board was expected to consider the programme by early October.

“The cornerstone of the programme is a strong front loaded fiscal adjustment, focused on curbing current expenditure, while maintaining space for social safety nets and infrastructure spending. And in this context, measures to reduce Government expenditures that were announced…are critical and are a very important first step….

“The Barbados Economic Recovery and Transformation Programme aims to restore macroeconomic stability and put the economy on a path of strong, sustainable and inclusive growth. Fiscal consolidation together with the announced debt restructuring is needed to place that on a clear, downward trajectory. The strategy of accelerating growth focuses on attracting new investment in areas such as renewable energy, the creative and artistic industry, education and health services and of course tourism,” the IMF official stated.

According to him, in the last decade, the economy of Barbados had been caught in a cycle of low growth, widening fiscal deficits and increasing debt. Additionally, he stated, international reserves had fallen to about US $240 million, which was below reserve adequacy levels and Government debt had become unsustainable.

Mr. van Selm said the measures in the programme should help reach a primary surplus target of six per cent of GDP in the fiscal year 2019/20. He added that the fiscal adjustment would be complemented by a comprehensive debt restructuring aimed at securing meaningful debt reduction, reducing financing needs and restoring debt sustainability.

“The Barbados Government’s debt will be put on a clear downward path towards a target of 60 per cent of GDP by 2033, from an estimated 157 per cent of GDP at present…. Progress being made by the authorities in furthering good faith discussions with domestic and external creditors is welcomed and continuing an open dialogue and sharing information will remain very important in concluding an orderly debt restructuring process,” he said.

He noted that while the initial implementation period would be challenging, Barbados would emerge stronger and more dynamic from the programme and it would be better positioned to generate growth and job creation for citizens.