Commitment To A Revitalised B’town 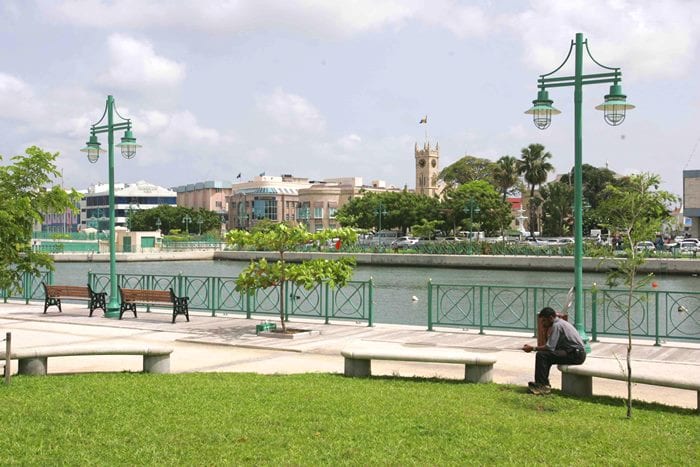 Government is committed to the revitalisation of Bridgetown, says Prime Minister Freundel Stuart, who described it as a “very important” city.

He made the comments recently during a meeting with Chairman of the Barbados Chamber of Commerce and Industry’s The Revitalization of Bridgetown Initiative (TRBI) Committee, Lalu Vaswani; and member, Roxanne Brancker, at Ilaro Court.

The Prime Minister, who is also Patron of the TRBI, noted that Bridgetown’s importance was recognised, not only by Barbadians, but people elsewhere, and highlighted the book: Ten Cities That Made An Empire, by award-winning author Tristram Hunt.

Mr. Stuart urged the Committee to undertake an analysis of why businesses were moving out of Bridgetown. “We have to do everything in our power to revitalise Bridgetown. People need to know of its historical importance and they must be shown how Bridgetown connects with them.

“I don’t think all is lost; we have not leveraged the history of Bridgetown and what it means; bring it alive so that when people come to Bridgetown it would be to have an experience,” he stressed.

During the meeting, Mr. Vaswani highlighted the various initiatives the Committee would be undertaking during the short and medium term to revive Bridgetown.  He too reinforced the importance of revitalising the City, saying it has a “unique” character. He added that a prosperous Bridgetown would mean a prosperous Barbados.

He further noted that TRBI was developing partnerships with the Barbados Port Inc., Barbados Tourism Investment Inc. and the Barbados Industrial and Development Corporation.