Concerns Raised Over Some Plastic Alternatives 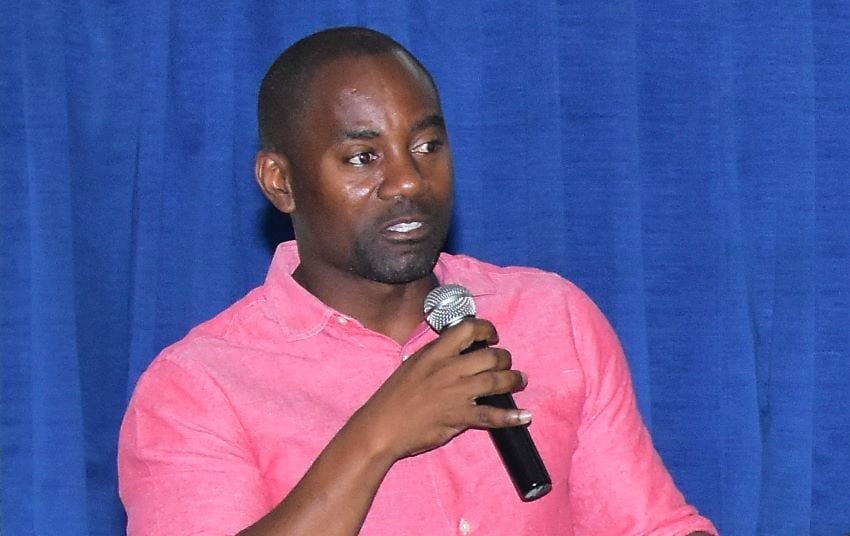 Minister of Maritime Affairs and the Blue Economy, Kirk Humphrey, speaking at yesterday’s town hall meeting, has extended an open invitation for continued dialogue with stakeholders on the alternatives to plastics. (C.Pitt/BGIS)

Concerns about alternatives to petro-based single-use plastics dominated much of the discussion, as the conversation surrounding the ban continued during the town hall meeting at the Lloyd Erskine Sandiford Centre last night.

And, after hearing that there were concerns that the chemicals contained in some of the alternatives could be a danger to human health, Minister of Maritime Affairs and the Blue Economy, Kirk Humphrey, has called for there to be continued dialogue with stakeholders.

He was at the time responding to concerns raised by President of the Barbados Retailers, Vendors and Entrepreneurs Association (BARVEN), Allister Alexander, and Sales Manager of VF Packaging in Trinidad and Tobago, Barry Fakorry.

“We don’t have all the answers, no one in the room does.  The international opinion is divided,” he said.

However, the minister pointed out that fluorine was not only introduced to alternative products, because food containers from fast food restaurants were “loaded” with fluorine. “It has been here, and it has been here for years,” he said.

He extended an invitation to Mr. Fakorry to return to Barbados at a later date to engage in a further conversation with ministry officials to explore the matter further.

“Come back and let us sit down and have a conversation because you made points that I did not know.  Let us see what we can do to make it safer here in Barbados. I don’t want you to think that we are going to dismiss you because you made some interesting points,” Mr. Humphrey said.

During the meeting, Mr. Alexander, commended government’s initiative to remove plastics from the environment, but pointed out that the association had some concerns surrounding chemicals in some of the alternative products. 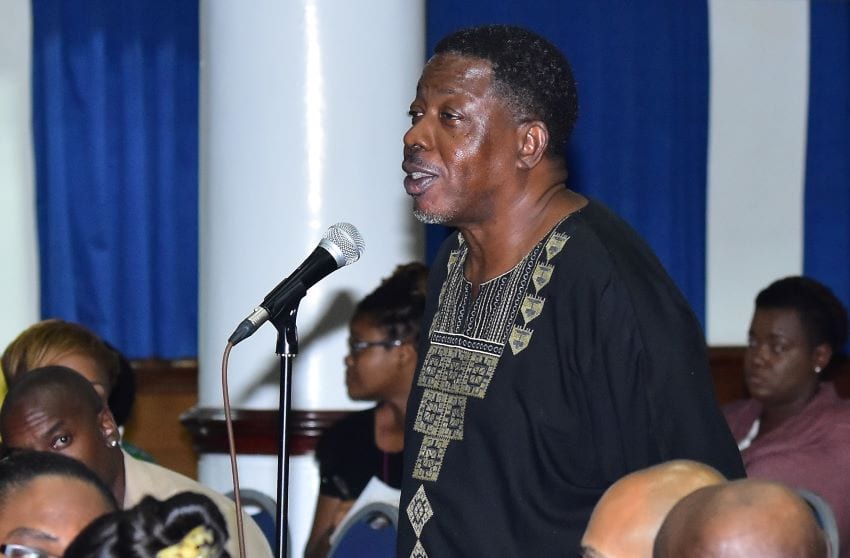 President of the Barbados Retailers, Vendors and Entrepreneurs Association, Allister Alexander, raised concerns about the safety of plastic alternatives, noting that the chemicals in those products could pose a danger to human health. (C.Pitt/BGIS)

“It was drawn to my attention by a guy from Trinidad that we may be importing to the Caribbean alternatives that may be hazardous to our health.  This gentleman is here with us, and he flew in from Trinidad…at the invitation of the association,” he said.

He noted that BARVEN wanted the process of shifting to alternative products to be one that is “sensible, suitable and safe”.

Mr. Fakorry told the audience that his research showed that bagasse contained a number of toxic chemicals from a fluorine-based compound.  “It is a very troublesome chemical, and the fear is that bagasse is unsuitable for food packaging,” he said.

His recommendation was for a change in habits.  “It is not about bio-degradability; it is about recyclability.  If you recycle plastic products, you turn your product back into a resource,” he stated.

Meanwhile, Industrial Designer, Mark Hill, pointed out that of the eight categories of alternatives put forward, there was only one category containing fluorine.

He also maintained that government was being responsible in its undertaking in managing the process.