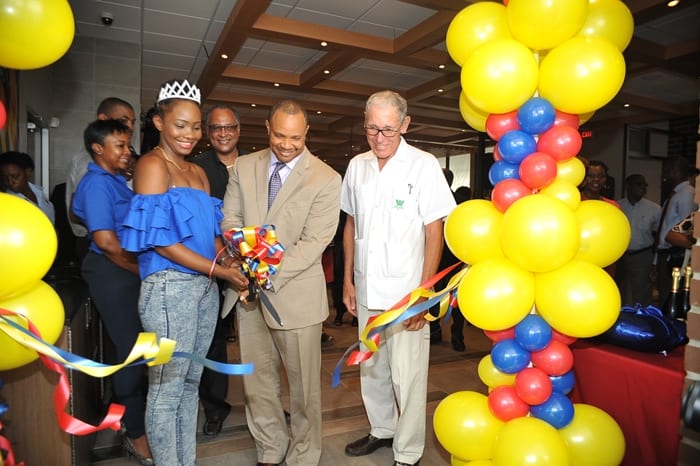 International businesses of various types have a degree of “elevated confidence in Barbados” as a destination for foreign direct investment.

This view was expressed today by Minister of Finance, Christopher Sinckler, as he delivered the feature address at the official opening of the fifth outlet of Burger King, at Dome Mall, Warrens, St. Michael.

Mr. Sinckler told his audience, including the Chairman of the Williams Group, Ralph “Bizzy’ Williams that the interest being expressed was significant because in this challenged global environment, business people were even more circumspect in how they invested their money.

He stated: “…Investors are now not going places because there is a lot of money around and they can afford to go. They are actually weighing their options extremely closely. They are looking at many factors, not only political stability, not only economic stability, the openness of the society, the quality of the labour force, the level of education, and level of literacy, they are looking at all types of factors and variables in making a determination as to where they can invest their money or where they can allow their names and their brand to be associated with a particular jurisdiction.”

Minister Sinckler pointed out that in spite of the economic challenges Barbados faced over the last few years, it had still been able to attract high quality foreign direct investment, such as Burger King, and suggested that spoke volumes for the country.

“Even more interestingly, it also speaks about the confidence in the capacity of our domestic business people to be able to carry international brands to the standard that we expect….

“The expansion of this franchise here in Barbados is proving that we as Barbados are not out of the game, we are very much in the game. The people who have invested here have expressed that level of confidence that Barbados can continue to grow and do well if we apply all the things we know that are necessary in the context of building successful businesses, successful communities and ultimately a successful country,” he stressed.

Minister Sinckler lauded Mr. Williams and his team, saying that the expansion of Burger King was a tribute to their talent, skills, fortitude and foresight. He described Mr. Williams as a “genuine entrepreneur” who was prepared to take risks.

He added that a number of local suppliers, including small and medium-sized businesses, had been given the opportunity to supply and provide services to Burger King, thus contributing to the growth of the economy.