Continue To Build On Firm Foundations 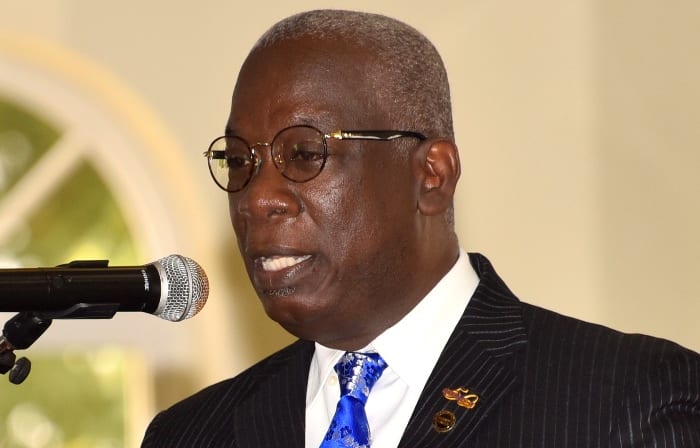 School leaders have been urged by Education Minister, Ronald Jones, to elicit the true potential of their students.

The Minister was addressing today’s church service at Abundant Life Assembly, to mark the start of Education Month 2017 under the theme: Firm Foundations = Quality Education.

While noting that the majority of our young people were “good, honourable and blessed,” he said they should be celebrated.

“I want to invite the leaders of our schools, in the form of principals, deputy principals, those in the Ministry of Education, who are charged with the responsibility to lead the system, to really engage and bring out of our students what we know they have in them – that goodness, that positive-ness, that desire to learn and to be good citizens of Barbados,” Mr. Jones stated.

Explaining that his Ministry would continue to give the necessary support and assistance, he told students they too could contribute to their own destiny by “continuing to build on the foundations already laid”. They were, therefore, urged to stay focused, keep vigilant and be craftsmen of their fate.

The Education Minister, however, bemoaned the fact that too many young, black, Barbadian men were dying from the indiscriminate use of weapons and said it was up to adults and society to continue to work with those who felt lost, had poor self-esteem or didn’t know which path to take.

As he alluded to the theme, Mr. Jones pointed out that a good quality education was one that provides our youth with “the capabilities they require to become economically active; develop sustainable livelihoods; contribute to peaceful and balanced societies and to enhance individual well-being”.

He further pointed out that all this could be observed in the actions of his Ministry and the schools, from nursery right through to tertiary education.

The Minister also acknowledged that the country had an effective system of career and technical education training, with more attention being paid to CVQs, NVQs and technical expertise at the Samuel Jackman Prescod Polytechnic.

Stating that that was why Barbados was viewed as the ninth of the 11 best educational systems of the world, he said: “The leadership of the Ministry of Education…has been systematically working to enhance the education system of Barbados by adopting, refining and reformatting many of those areas; the Skills For The Future Program is one of those initiatives that give young people another chance to be involved and to be engaged.”

Mr. Jones also pointed out that emphasis was being paid to Science Technology, Engineering and Mathematics as an important area for future development.