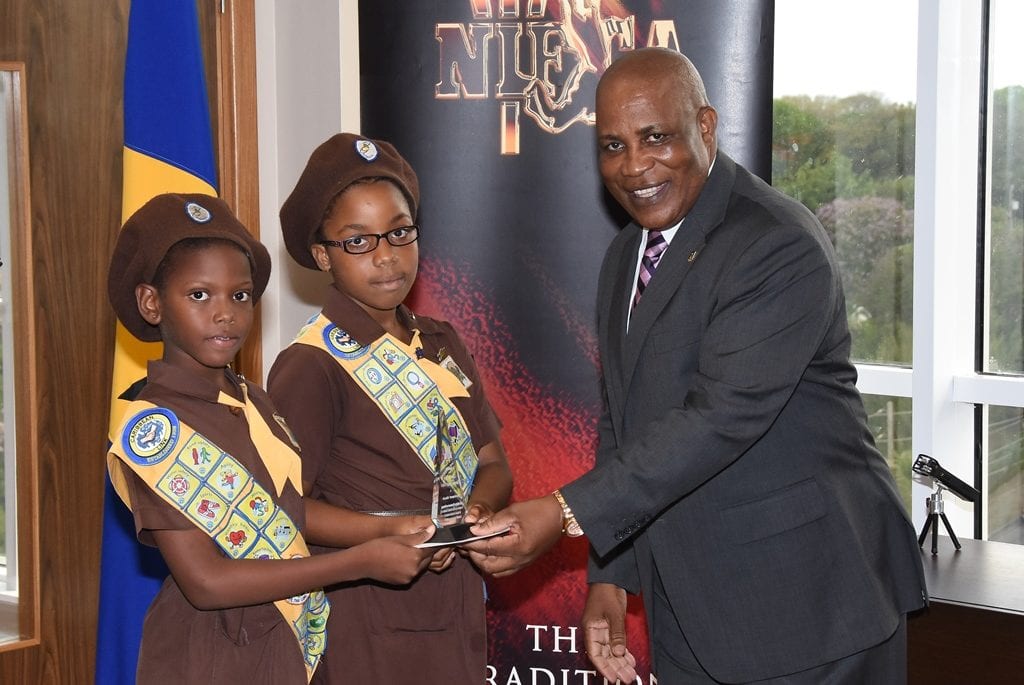 Artistes across Barbados have been challenged to go the extra mile in promoting, highlighting and strengthening the educational value of their work through clearly articulated environmental messages.

Minister of the Environment and Drainage, Dr. Denis Lowe, issued this challenge for the 2016 NIFCA competition as he delivered remarks during the presentation of nine NIFCA Environment Awards to the 2014 and 2015 recipients at his Warrens, St. Michael, office recently.

“I am excited about what you will come up with this year,” Dr. Lowe said, while pledging his Ministry’s willingness to continue partnering with the National Cultural Foundation (NCF) to award artistes for their outstanding contributions and artistic expressions in the area of the environment.

He also called on the NCF to work more closely with his Ministry to assist with identifying artistic contributions that were worthy of further development, exposure and support, in an effort to reach national and regional communities with messages that outlined the pathway to sustainable development.

Noting that the partnership between the Ministry and the NCF dated back to 2003, the Minister explained that it was established to draw attention to the environment by highlighting its uniqueness and beauty, as well as its mistreatment.

He told the artistes that the Ministry would welcome the opportunity to further showcase their work among its environmental stakeholders at various conferences and expos.

The 2014 awards went to the Lawrence T. Gay Memorial Primary School in the culinary arts category for its Trees are Important cupcake display; Blackman and Gollop Primary School for its musical piece Sustainability; St. Luke’s/Brighton Primary School, in the category of visual arts, for a piece entitled: Beach Clean Up; and Tessa King-Inniss, for her literary arts piece, Mr. Tafari’s Sweet Life.

Meanwhile, Shane Phoenix captured the culinary arts 2015 award for his piece on Nesting Turtle: Iced Cake; Akoya Dance Ensemble was awarded for their dance Future Ones; Dawn Haynes-Grimes for her literary arts piece, Brown Phenomenon; Clish Gittens for his video H2O; and Charla Marville of The Alexandra School for her visual arts piece, On the Stove.