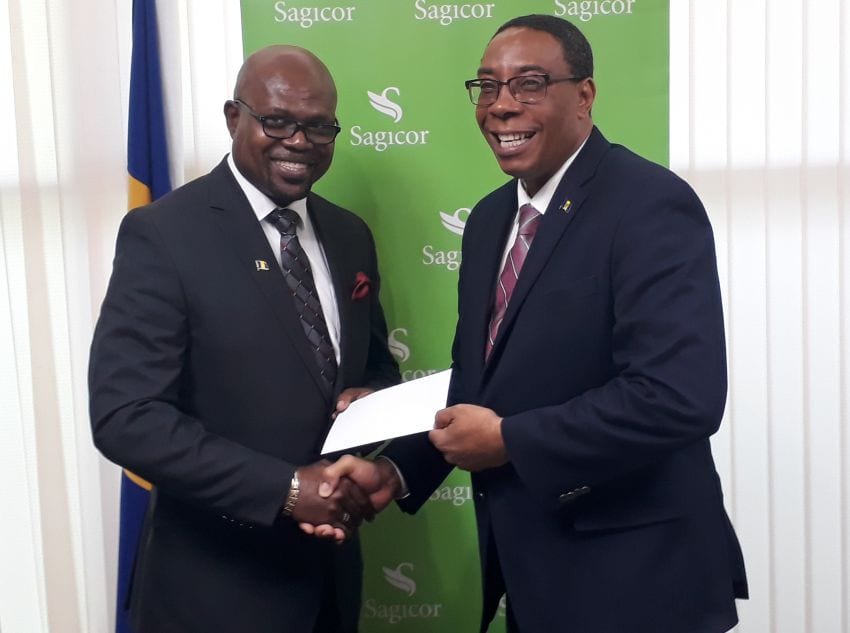 Minister of Creative Economy, Culture and Sports, John King, recently received a much needed financial boost from the title sponsor at the launch of the Sagicor Life Inc. Lighting Ceremony.

Mr. King expressed his gratitude to Sagicor for its continued support, especially in light of the current economic climate. He gave his assurance that “situations such as what is happening currently will be temporary, but partnerships such as these (with Sagicor Life Inc.), we would like to carry on.”

The Culture Minister also appealed to Barbadians to see the significance of the lighting ceremony to us as a people.

“I want you to think of flicking that switch on the first of November as igniting that light that should be in every single person that would propel us forward, especially as we are going through difficult times like we are now. We need Barbadians to rally together now more than ever, and when we flick that light what we are saying to the rest of Barbados is that when we light up that town, we also light up that spirit within us.”

Coordinator for the Community Independence Celebrations Secretariat, Jessica Parris, also promised an interesting line up of performances from participants in the parish talent shows, as well as other seasoned entertainers. Popular Barbadian band The Merrymen will flick the switch to light up the city.