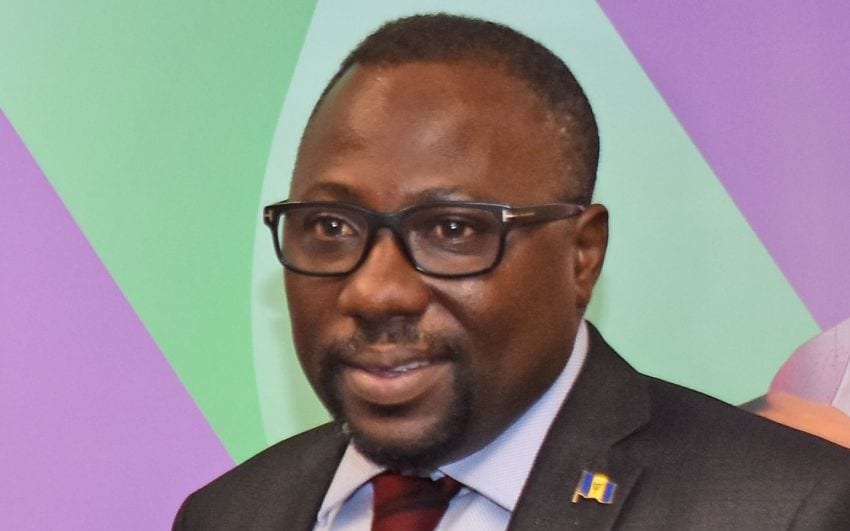 Minister of Small Business, Entrepreneurship and Commerce, Dwight Sutherland, who strongly believes that there is a need to come together and cooperate to address economic challenges, is touting the principles of the Co-operative Movement.

This was made clear last Saturday as he addressed the launch of Co-op Mart, a five-week display of products and services that will occur each Saturday until January 12, 2019, at the Barbados Transport Co-operative Society Ltd., in Durants, Christ Church.

While pointing out that Barbados’ present economic situation challenges each and every one of us in specific ways, Minister Sutherland said there was a need to cooperate with each other and help each other, as we strive to sustain ourselves, and  do our part to economically stabilize the country.

“History dictates that challenges often result in positive change.  This change, if channelled correctly, can empower individuals to create, develop, showcase and produce quality consumer goods and services which have the potential to be in demand locally, regionally and internationally,” he stressed, while adding it gave him pleasure to see small entrepreneurs unite to make a significant impact on the economy and sending a strong signal that Barbadian innovation is alive and well.

The Minister said: “It is the aim of Government and the direct responsibility of my Ministry to assist where ever possible in creating an enabling environment for the birth and healthy development of entrepreneurs and their enterprises.”

Patrons were reminded they could access financial aid from the Trust Loan Fund, which was launched recently, and geared towards assisting in the development of entrepreneurship.

And, the Minister further encouraged young entrepreneurs and businesses to consider the co-operative movement as a viable option for their entrepreneurial endeavours, as it sought to create opportunities for jobs, enhance livelihoods and improve income generation for all economic sectors.

In further commending the movement to patrons, Mr. Sutherland said globally, its membership was estimated at over 1.2 billion and it employed more than 100 million people within 2.6 million registered societies.

He noted that almost more than half of the world’s population benefited significantly from these societies, which ranged from very small to mega businesses and could be found in every sector.

Acknowledging that the “very successful football club Barcelona” was founded on proven cooperative principles such as open and voluntary membership, members’ economic participation and community involvement, Mr. Sutherland said of Barbados when it celebrated Co-operatives Day  on July 1, that there were 54 cooperatives in sectors such as agriculture, transport, craft, savings societies, and finance (better known as credit unions).

He added: “Today, December 8, 2018, the number of co-operatives has increased to 55 as the latest one, an investment cooperative was registered quite recently. These cooperatives though small, when compared to international cooperatives, measure up quite evenly when the comparison is based on their value to members and the wider community.”

Cooperatives were also said to have a place in the United Nations Sustainable Development Goals to wipe out poverty, fight inequality and injustice and tackle climate change.  Explaining further, the Minister said: “Cooperatives are important partners to achieve these goals because they foster democracy, practise social inclusion and operate with concern for the environment, all the while having a significant economic impact on the world economy.”