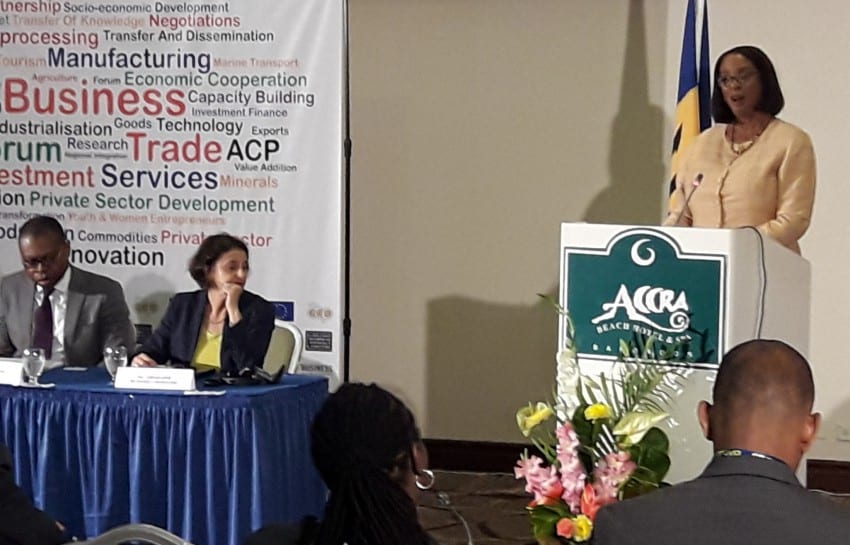 Minister in the Ministry of Foreign Trade, Sandra Husbands speaking at the ACP Private Sector Consultation on Post-Cotonou Negotiations held at the Accra Beach Hotel. (GP)

Minister in the Ministry of Foreign Trade, Sandra Husbands, believes that discussions for a successor to the Cotonou Partnership Agreement are taking place at “a very critical juncture in history”.

She made this observation during her feature address at the recently concluded African, Caribbean and Pacific (ACP) Private Sector Consultation on Post-Cotonou Negotiations, held at the Accra Beach Hotel and Spa in Barbados.

The meeting, which was organized by the ACP Secretariat with technical support from Business ACP, sought to explore, assess and formulate relevant ACP private sector needs, demands and opportunities with a view to providing inputs into the post-Cotonou negotiation process.

The Cotonou Agreement was signed in June 2000 between the ACP countries and the European Union (EU). It outlines the framework for relations between the groups for the 20-year period 2000 to 2020.

During her address at the start of the two-day consultation, Minister Husbands lauded the EU for its “continued commitment to advancing the development needs and increasing the capacity of the ACP member states”.

She continued:  “I can say with every measure of confidence that all member states of the ACP have benefited from the continued engagement with the European Union and all of the associated facilities through the history of the Lomé Conventions and the Cotonou Partnership Agreement.

“This relationship recognized that there are many stakeholders in every process and each one has a distinct role to play.  It is also realised that these stakeholders must be afforded the opportunity to engage and collaborate with each other. In this regard, it is my desire that this is not a one-off activity, but that additional opportunity will be provided for such consultations to be held as the process to arrive at a mutually agreed successor to the Cotonou Partnership Agreement.” 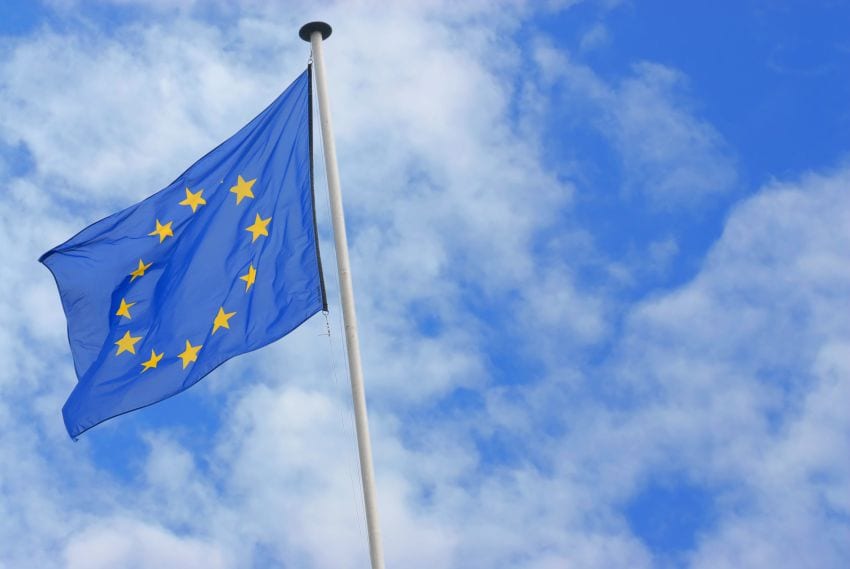 The Cotonou Agreement was signed in June 2000 between the African Caribbean and Pacific (ACP) countries and the European Union (EU). (Stock Photo)

Stressing that the negotiations were taking place at a very critical juncture in history, one in which the erosion of preferential trading relationships was being witnessed, she noted that to this end, CARIFORUM and the European Union were preparing for the second review of the implementation of the Economic Partnership Agreement, which would replace the system of unilateral trading preferences which previously obtained.

Minister Husbands called for a review of the graduation policy criteria, which is the process under which a country moves up from the category of Least Developed Countries (LDC). Through graduation, these countries would no longer be eligible for some types of international support or preferential treatment.

“The Caribbean is still reeling from the impacts of Hurricanes Irma and Maria which caused significant damage in 2017, and mass flooding in Barbados and Trinidad and Tobago recently. These are impacts which highlight our economic vulnerability. These can severely impair our Gross Domestic Product levels overnight.  To this end, graduation policy criteria must be reviewed,” she insisted.

The Foreign Trade Minister also underscored the important role of the private sector in the partnership and especially in the negotiation process. She urged its representatives to make their voice heard and challenged them to collaborate on policy, investment and trade matters.

The key messages from the consultation were that the Post-Cotonou Agreement should contribute to the Industrial Transformation of ACP Countries through establishment of industrial parks, design studios and excellence centres; attract domestic and foreign investment in air, sea and land connectivity infrastructures and services that facilitate intra-ACP trade; and enhance trade by addressing non-tariff measures and promoting value addition.