CTEP A Revenue Earner For Region 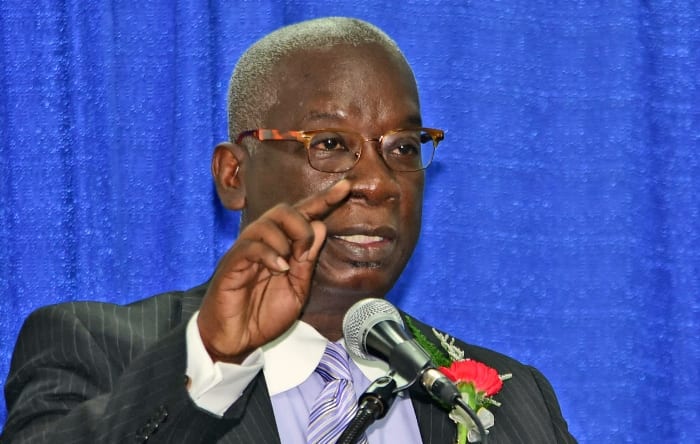 Education Minister Ronald Jones has welcomed the idea of the Caribbean Tech Entrepreneurship Programme (CTEP) in Barbados, stating it not only addressed the acquisition of knowledge but also the development of that knowledge into a final project.

“It is there to solve a particular problem…moving the idea to a revenue stream. It is not only assisting with the clarification of the idea but assisting those ideas to reach a point where those ideas carry value…value that can be felt because it impacts on the livelihood of the individual and the community and society,” the Minister emphasised.

Mr. Jones who was the featured speaker at CTEP’s launch, at the Accra Beach Hotel, alluded to the billions of dollars in net worth, amassed by companies such as Google, Facebook and Amazon, and said it was his dream that such would occur in this region through the innovation of some young man or woman.

“If you look at the world and how it is going and the use of the technology, a lot of these, almost intangible, parts of the digital world…result in massive sales.  We are using these platforms in our daily lives… entertainment, for instance.

“I am looking at possibilities that can generate revenue … and therefore we have to invest in our youth, in our schools, training institutions and universities that they can produce a product or product or service that utilise these technologies,” he asserted.

While suggesting the region needed more and more ideas to be converted into greater revenue streams, he urged universities with surplus funds, and as part of their research agenda, to aid young entrepreneurs move from the idea to revenue stage of business.