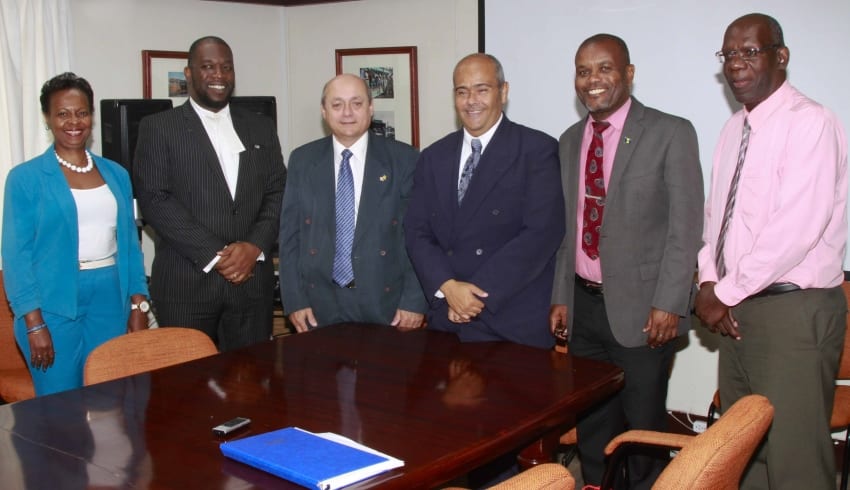 Ambassador of the Republic of Cuba to Barbados, Francisco Fernández Peña, paid a courtesy call last Friday on Minister of Transport, Works and Maintenance, Dr. William Duguid, at the Ministry’s headquarters at The Pine, St. Michael.

Ambassador Fernández Peña stated that a Cuban team of mechanical and electrical experts would visit Barbados to conduct an inspection and evaluation of old bus engines, to give an assessment of how many could be restored satisfactorily, and to conduct training as well.

Mr. Duguid confirmed that the Ministry was focusing on repairing four-cylinder bus engines. The Ambassador indicated that Cuba’s mechanical teams have a reputation around the world of successfully refurbishing engines deemed irreparable.

At the invitation of the Minister, Ambassador Peña indicated his willingness to deploy a second team to provide technical assistance for an assessment on soil erosion, to alleviate damage caused by land slippage in the Scotland District, particularly in the White Hill area in St. Andrew.

Both officials expressed their pleasure that a way forward had been chartered for a potentially successful working relationship between Barbados and the Republic of Cuba in the near future.

Ministry of Transport, Works and Maintenance