Culture Minister: Know Where You Come From 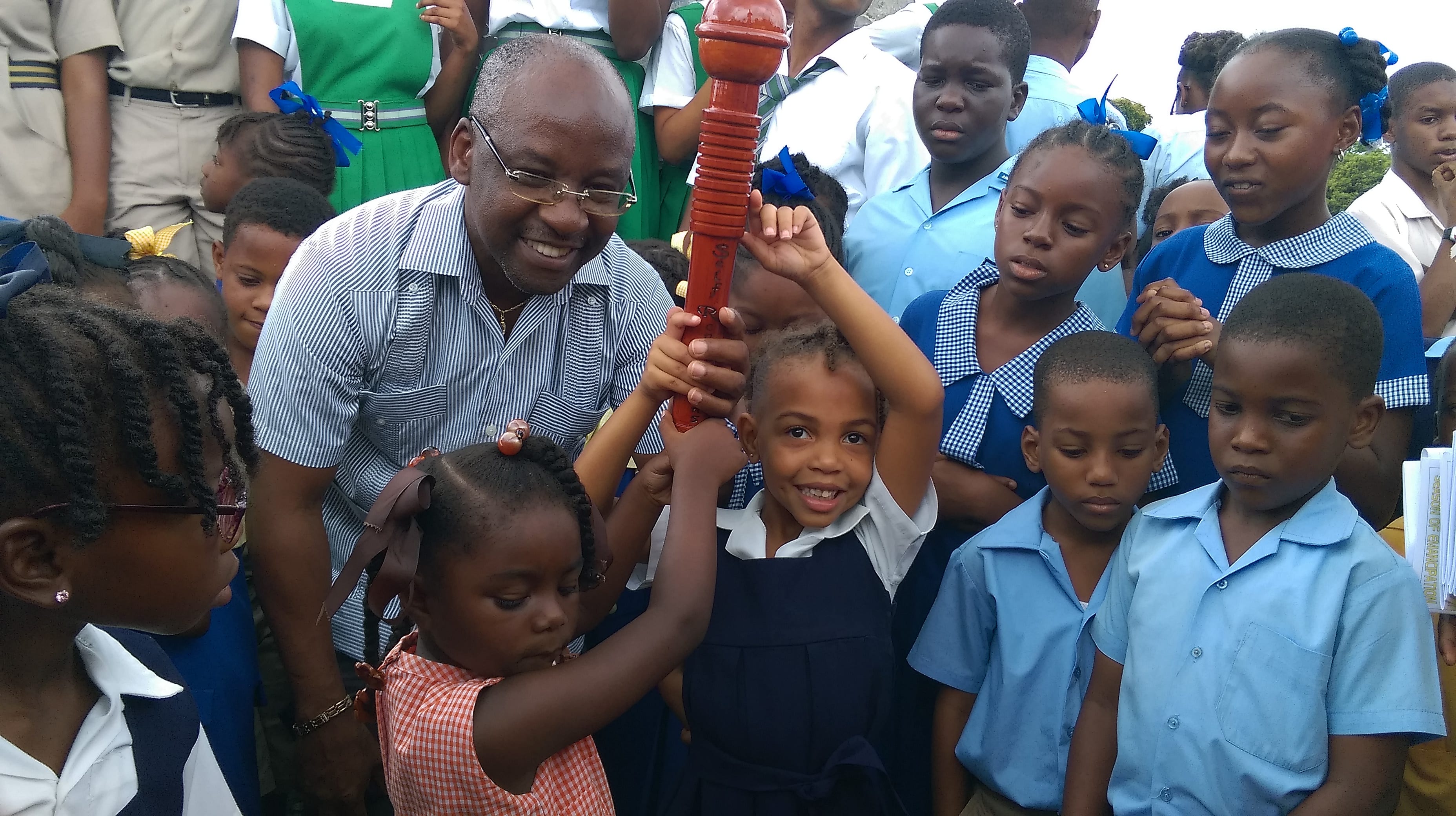 Minister of Culture, Sports and Youth, Stephen Lashley and several students look on as Nzinga Griffith of Leacock’s Private School and Amara Bailey of Roland Edwards Primary hoist the self-reparations baton in the air at the start of today’s freedom corridor tour which began at the Emancipation Statue. (J.Weekes/BGIS)

Barbadian youth are being encouraged to know their history so that they can contribute to this country’s holistic development.

This sentiment was expressed by Minister of Culture, Sports and Youth, Stephen Lashley, as he addressed hundreds of young persons gathered at the beginning of a Freedom Corridor tour, which began at the Emancipation Statue on the JTC Ramsay Circle, Haggatt Hall, St. Michael.

Following his presentation of the self-reparations baton to Nzinga Griffith of Leacock’s Private School and Amara Bailey of Roland Edwards Primary, Mr. Lashley urged the students to see their position in society as critical when considering the preservation of Barbados’ history.

“The role that you can play as young people is to open your minds to being educated about your very rich African history. We believe that reaching out to you, the young ones, is really a more important way of reminding you of the importance of our National Heroes,” he stated.

Pointing to the significance of the tour and its impact on the students’ understanding and development, Mr. Lashley noted that in order for Barbados to develop holistically, persons must understand its history. “We have to understand our culture, and most importantly, we have to understand the true value of who we are as a people,” he emphasised.

Underscoring the need for the youth to take full advantage of the tour, he appealed to teachers to encourage their students to reflect on the experiences from that day. He also encouraged the students to share their experiences with their families and classmates.

Organised by the Commission for Pan African Affairs, the tour focuses on educating the students about the roles each National Hero played in the development of the country.

The students visit locations significant to the National Heroes’ stories, beginning with the Emancipation Statue and ending with the statue of the Right Excellent Errol Barrow, Barbados’ first Prime Minister.