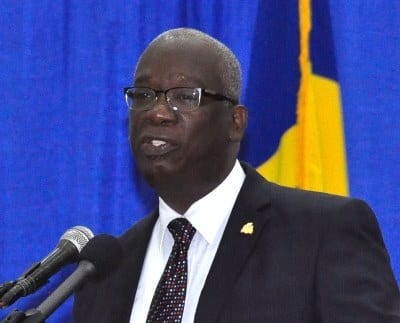 Seventeen students who topped the May/June 2016 certificate programmes of the Caribbean Examinations Council’s (CXC) will be recognised next month, when CXC holds its annual Council Meeting here.

The candidates will be recognised for their outstanding performances at the opening and awards ceremony on Thursday, December 1, at the Hilton Barbados Resort, Needham’s Point, St. Michael. Minister of Education, Science, Technology and Innovation, Ronald Jones, will deliver the feature address at 7:00 p.m.

For outstanding achievement in the Caribbean Secondary Examination Certificate, two males from Guyana; one female each from Grenada and Trinidad & Tobago; two females from Jamaica; and one male each from Jamaica and Belize will receive the 2016 Regional Awards.

The 2016 Regional Awards for outstanding achievement in the Caribbean Certificate of Secondary Competence will be presented to one male from Grenada and one female from Dominica.

CXC Council Meetings are held each year in one of its participating countries. Last year’s Council Meeting and Awards Ceremony was held in Belize. The Council, the highest decision-making body, meets to consider and ratify recommendations from the Administrative and Finance Committee on financial decisions.

They also examine the financial needs of the organisation, audited financial statements, staffing needs and appointments, as well as recommendations from the School Examinations Committee.

Other issues reviewed include certification of candidates, development of syllabuses and points raised by examiners in their reports on CXC examinations. A highlight of these meetings is always the presentation of awards to students.

The December 1 to 2 meeting in Barbados will see CXC’s Registrar, Glenroy Cumberbatch and other members of the management team presenting reports to the Council – some for decision and updates about on-going projects.  Following the presentations, the floor will be open for discussion, after which final decisions will be made.

The meetings will be led by CXC’s Chairman and Vice Chancellor of the University of the West Indies, Sir Hilary Beckles, and the Deputy Chair and Permanent Secretary in the Ministry of Education & Culture, British Virgin Islands, Dr. Marcia Potter.

Each meeting will have at least two delegates from CXC’s 16 member states.  The University of Guyana and the University of the West Indies will also be represented at the meetings.