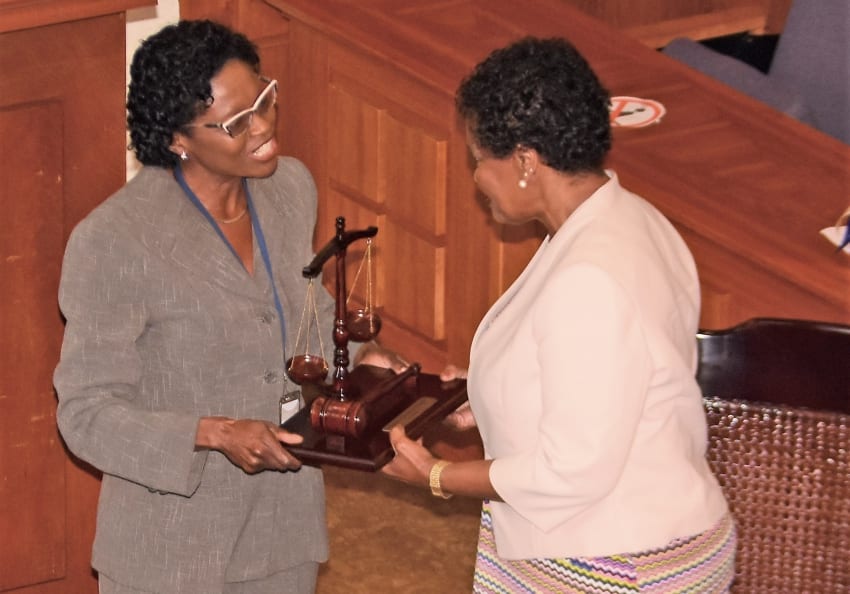 Described as a woman of honesty and integrity, Barbados’ eighth Governor General, Dame Sandra Mason, has pledged to uphold the principles for which she has become known as she pursues her new role.

She was the lady of the moment as staff of the Registration Department held a special sitting in the Court of Appeal in her honour last Friday, to bid her farewell and celebrate her distinguished career in the judiciary.

Having spent 37 out of her 42 years practicising law “in and around” the courts, Dame Sandra said: “I really enjoyed the number of years I worked with the judicial system in this country.  I will not leave the courts behind….

“It is my intention to continue to work with integrity and honesty recognising that I have a very, very serious responsibility; responsibility not only to the general populace, but to all of you who would have worked with me…I promise you that I will do what is expected of me.”

Noting that she was happy to be elevated to Barbados’ highest office, Dame Sandra also noted that it involved more than going to ceremonial occasions and meetings. However, she pledged that with God’s help, and that of others, she would equip herself to carry out the job that she was now required to do.

Chief Justice, Sir Marston Gibson, wished Dame Sandra a rewarding tenure as Governor General, and left an open invitation for her to be present at special court sittings. He recalled that one of her attributes which stood out was the way she interacted with persons at all levels of the court. “From the highest to the least are here to honour you today,” he stated. 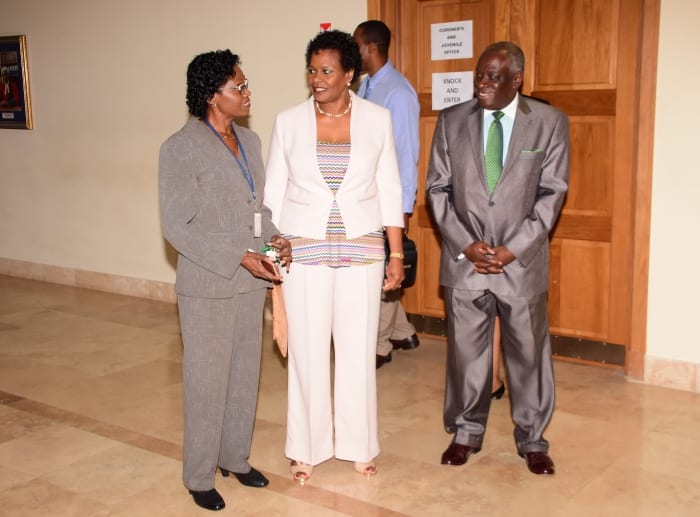 Justice of Appeal Kay Goodridge, read the tributes from Justice Andrew Burgess in his absence, in which he defined the Governor General as a “true beauty and [a person] of respect”.

Noting that he met her as a second year law student in 1971, Justice Burgess said her leaving the Court of Appeal would be a significant loss, but given her attributes she would be “outstanding” in her new role.

Retired Deputy Commissioner of Police, Bertie Hinds, recalled that he met Dame Sandra as a Station Sergeant at the District “F” Police Station, and later again as a Prosecutor in a court presided over by then Magistrate Mason. “I did not have a clue about prosecuting. I attended court and understood the optics in the court setting and so I started my sojourn with Magistrate Mason. For three years I labored in the court.

“She was firm, resolute, no nonsense and had a lot of sympathy for some of the people who came before her,” he recalled.