Debt Restructuring The Way To Stability 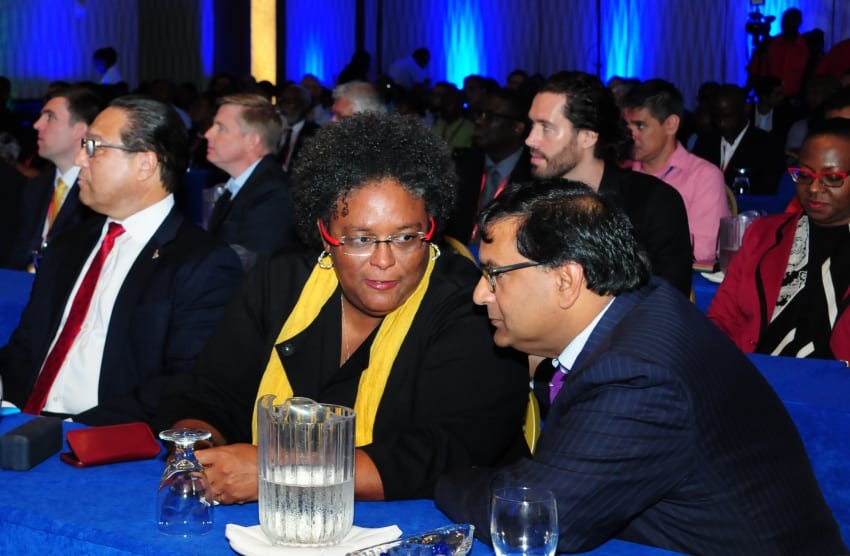 Barbados’ debt restructuring is the way back to the path of stability!

This was the clear message from Government’s Special Advisor on the Economy, Professor Avinash Persaud, as he addressed a media conference today at the Grande Salle, Tom Adams Financial Centre, to discuss the exchange offer of new instruments by Government, as part of its Debt Restructuring Programme.

Professor Persaud said: “I think people see the default as saying, finally, you are going to get your act together and that default is the route to credibility. The default is the platform that puts us back to a sustainable position. I think bondholders ultimately will view this as the credible path because where we were before was just not credible.

“…Everyone in Barbados is suffering pain; taxes are going up; Government expenditure is going down, because that is how you get from 175 per cent of GDP to a sustainable point of 60 per cent and the kind of surpluses that we have to run to repay all. There is no easy option and we managed to make this as fair as possible. So, the bond holders will feel pain. They are taking about half the pain; and the other half is being taken by taxpayers…and government expenditure.”

Government recently announced that it had launched an offer to exchange the vast majority of Barbados dollar-denominated debt it owed and certain public sector obligors for new debt instruments.

Holders of the affected debt are currently receiving letters with details of the exchange offer, which they must respond to by 5:00 p.m. on Friday, October 5.

Governor of the Central Bank, Cleviston Haynes, said Government would have to pay off the arrears and avoid new ones if it wanted to bring stability back to the economy. “We have structured the progamme in such a way that there will be no further build-up of arrears in the system, and that is going to be very important,” he stated.

He noted that the debt was outside the acceptable international norms, and added that Government wanted to bring it back in line, so as to give itself fiscal space to do necessary things, particularly as it related to infrastructural development.

“The debt restructuring is a critical component in helping us to restore our overall macroeconomic balances to engender confidence to potential investors and that is how you regain your access to capital markets….

“We want to bring the debt ratio down to approximately 60 per cent by 2033. It is a tough act, but one that is achievable if one is able to consistently have the primary surpluses, strengthen growth, reduce interest costs and then spread the maturities out,” Mr. Haynes stated.

The Governor said it would be in the national interest for persons to accept the exchange offer, pointing out that without the debt restructuring, the adjustment would be much more difficult.