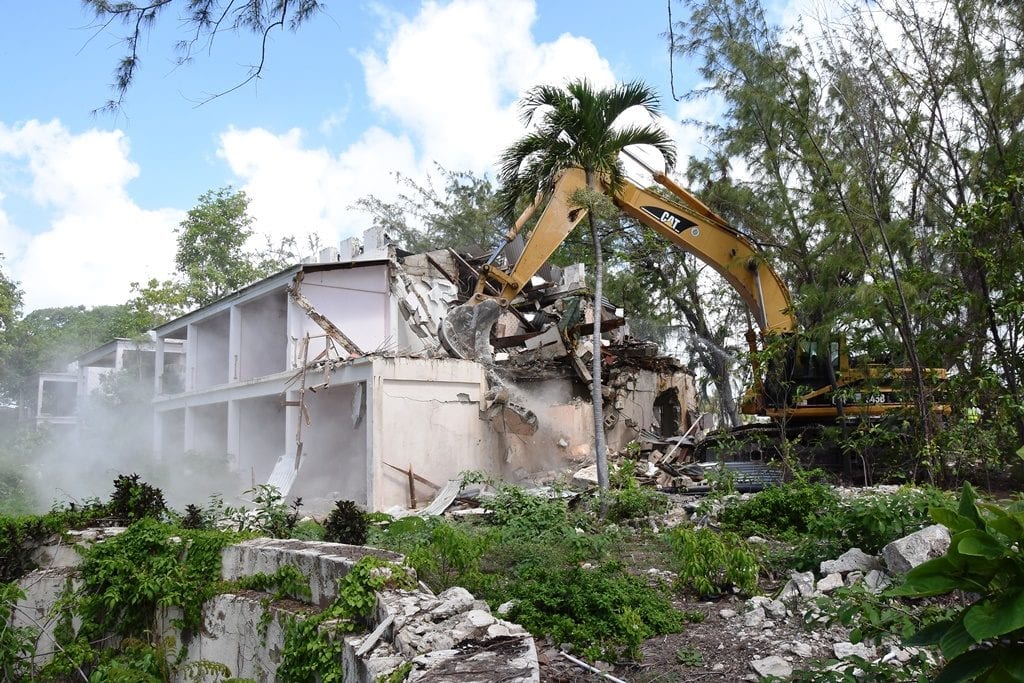 Demolition work gets under way at Sam Lord’s Castle. (C.Pitt/BGIS)

The demolition phase at the old Sam Lord’s Castle site has started.

Minister of Tourism and International Transport, Richard Sealy; Minister in the Prime Minister’s Office, Senator Darcy Boyce; officials from the Barbados Tourism Marketing Inc. (BTMI); and the media toured the site this morning, where construction is slated to begin on a new Wyndham Grand Hotel.

Chairman of the BTMI, Everton Walters, told reporters that the project started with the demolition of old buildings located on the property.

Stating that contractors had indicated to the Ministry of Tourism that the process would take 22 weeks, the Chairman added that construction would begin as soon as the architectural drawings were completed, which would be in another month’s time.

Meanwhile, General Manager of C.O. Williams, Neil Weekes, indicated that four to five buildings would be demolished, after which roads would be constructed.

“After this process, there will be significant excavation undertaken to allow for the construction of the …different blocks of the hotel. As you know, we started the demolition this morning and then we will move on to phase two, which will be the excavation and construction of roads and so forth,” he explained.

The General Manager said that the construction phase would be undertaken by local companies C.O. Williams Construction and Earth Works.