Fifty-year-old “Kay” is a mother and grandmother who works full-time in a senior position. “John” is a senior supervisor who is looking forward to retirement in two years.

What they have in common is that they are both living with depression, the mental health issue which will be the focus of World Health Day on Friday, April 7.

Under the theme: Depression – Let’s Talk, the World Health Organization (WHO) is placing the spotlight on an illness which affects more than 300 million people globally – people of all ages and from all walks of life.

Consultant psychiatrist at the Psychiatric Hospital, Dr. Jo-Anne Brathwaite-Drummond, described the condition. “Depression is not what people think it is. A lot of the time people think it’s just feeling sad from time to time, which happens to everybody. But major depressive disorder, as we refer to it in mental health, is more than just feeling down for a day or two. It involves a sustained depressed mood for three to four days a week for at least a period of two weeks.”

The psychiatrist outlined some of the symptoms as a loss of pleasure in activities that were once pleasurable; difficulties with sleep, most commonly insomnia; a decrease in appetite; and difficulty concentrating and focusing on tasks. 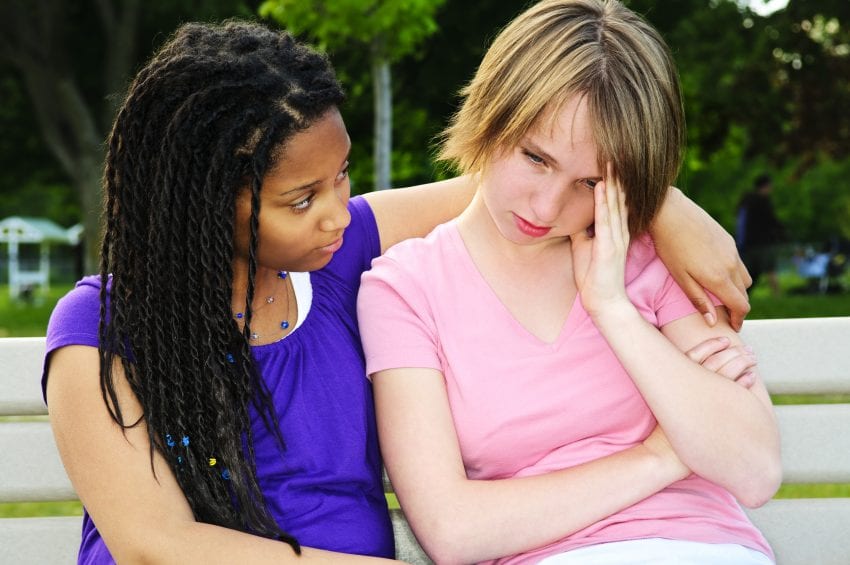 “Some persons notice that friends or relatives who are depressed may be slowed down. It seems as if they are just dragging through life with feelings of worthlessness, feelings of hopelessness and helplessness, and the most concerning feature would be suicidal thoughts and increased thoughts of death and dying,” she explained.

“Kay” remembers that long before she was diagnosed, she would often cry for no reason, feel sad and spend long periods in bed but she did not know why. She said a death in her family was the trigger which eventually resulted in her being hospitalised twice and attempting suicide on one occasion.

A troubled love life added to her stress and after she recovered from her initial illness, she went on to have two other major setbacks over the years.

Today, she lives a normal life, thanks to counselling and medication. “People seeing me walking around would never know that I’m on medication. Even to sleep I have to take medication because my condition affects my sleep pattern. Talking also helps because over the years I kept everything to myself and refused to let anybody in and that is what really allowed it to fester.”

[x_pullquote cite=”Consultant Psychiatrist, Dr. Jo-Anne Brathwaite-Drummond ” type=”right”]If someone thinks that they may have clinical depression, or a close friend or relative has major depression, then the first step is to have that discussion with the person you are concerned about.[/x_pullquote]

Medication and talking things through with his psychiatrist during counselling have also been key to John’s recovery.

He explained that work-related stress and financial problems were at the core of his illness.

A promotion at work led to tension between him and a colleague and it reached the stage where he could not sleep at night and did not want to enter the building to go to work.

At the same time, he was encountering difficulty in paying his mortgage and meeting other day-to-day expenses, which led to tension within his family.

“One night I thought I was going to die because I was at home in my bed sweating, my heart racing. I got up and walked back and forth all through the house till morning when I went to my doctor and he referred me to the psychiatrist,” he recounted.

“I am living a normal life with the help of my psychiatrist. She lifts me up; she encourages me; she makes me feel good about myself. I recognised I needed help and with the help of professionals, along with medication, I am overcoming the challenges.”

Dr. Brathwaite-Drummond stressed the importance of seeking professional help. “If someone thinks that they may have clinical depression, or a close friend or relative has major depression, then the first step is to have that discussion with the person you are concerned about.”

[x_pullquote cite=”John” type=”right”]“If it is cancer, people understand that because it is a physical illness, but if it is a mental illness, they dismiss it as ‘she crazy’, ‘he mad’ and they think you will remain so for the rest of your life.” [/x_pullquote]

She revealed that the type of treatment given is on a case-by-case basis and there were many options available.

“Not every person who has a clinical depression or a major depressive disorder will opt for medication, nor does everyone need medication.

Talk therapy is something that is very effective, especially for mild and moderate depressions.

In persons who have more severe depression, we may opt to use medication and there is a wide range available in Barbados that is both safe and effective.”

Both “John” and “Kay” long for the day when they will no longer have to keep their identity and their illness a secret, but are acutely aware of the stigma associated with mental health issues. 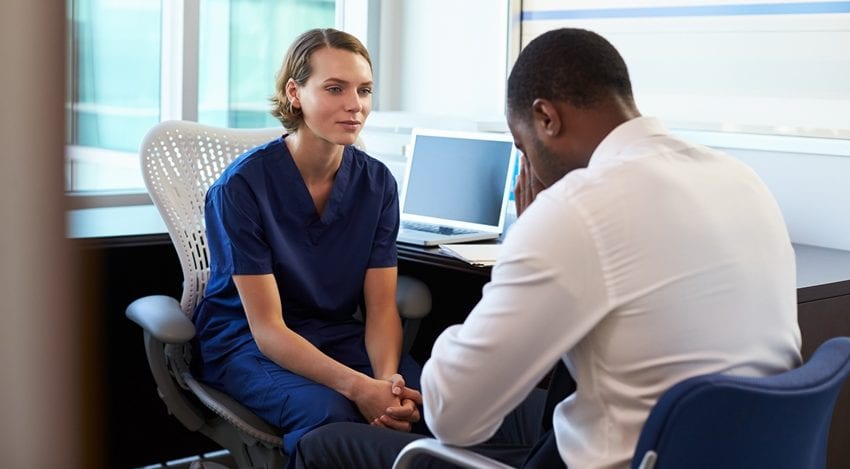 “John” notes: “If it is cancer, people understand that because it is a physical illness, but if it is a mental illness, they dismiss it as ‘she crazy’, ‘he mad’ and they think you will remain so for the rest of your life.  I have proven that with a mental challenge like I went through, I can still function normally. All you have to do is get the treatment, get the counselling, get the help and that would go a long way.”

“Kay” added: “I would like the public to be more sensitive to depression, anxiety and any kind of mental illness. I would love to let people know what I live with every day but I hide it from others because I know how I will be treated. Also my family is not ready for me to open up publicly; my children don’t know what their friends would think of their Mummy. So for those reasons, I can’t identify myself.

“But I want people to know that even suffering with mental illness, I was able to continue my studies and graduated from UWI with my Masters degree. I am still able to run a house, to raise a family and hold down a full-time job so it’s nothing to be scared of. Once we take our medication and keep to our regular counselling sessions with our doctors, we are able to effectively manage our lives.”