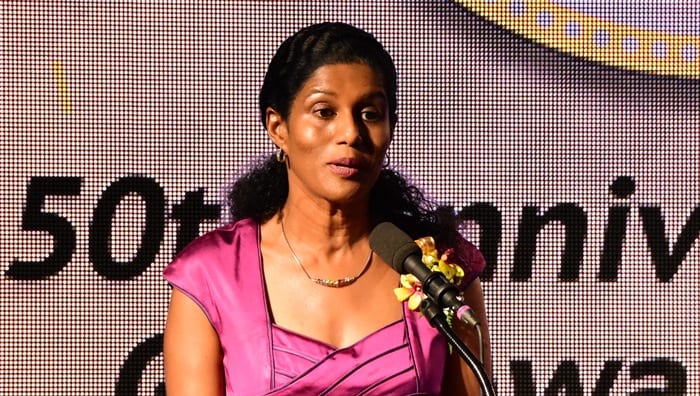 She made the point recently while addressing the National Insurance Department’s gala and awards ceremony at the Lloyd Erskine Sandiford Centre.

Senator Byer Suckoo said her Ministry works tirelessly to ensure that there is dialogue at work and lauded the Social Partnership for nurturing a culture of dialogue among government, workers and the union.

“The culture of dialogue is replicated today in both formal and informal mechanisms – we are encouraged to talk first and this prevents misunderstandings and creates a more pleasant work environment,” she said.

The Minister expressed concern that some people only believed dialogue was necessary when it related to the consultation required by the Employment Rights Act (ERA) on termination of 10 per cent of staff.

She explained that the stipulation was agreed to by the partners in preparing the legislation, and was not designed to supplant dialogue, but to build on it.

“Unfortunately, some have used the letter of the law rather than the spirit of the ERA and the underpinning spirit of the Protocol of the Social Partnership to suggest that it is only in that one situation that dialogue becomes necessary,” Senator Byer Suckoo remarked.

The Minister of Labour urged all partners to help the Ministry to “disabuse any misguided persons of that thinking” and added “we have to protect these foundational principles which are now part of our way of life.”