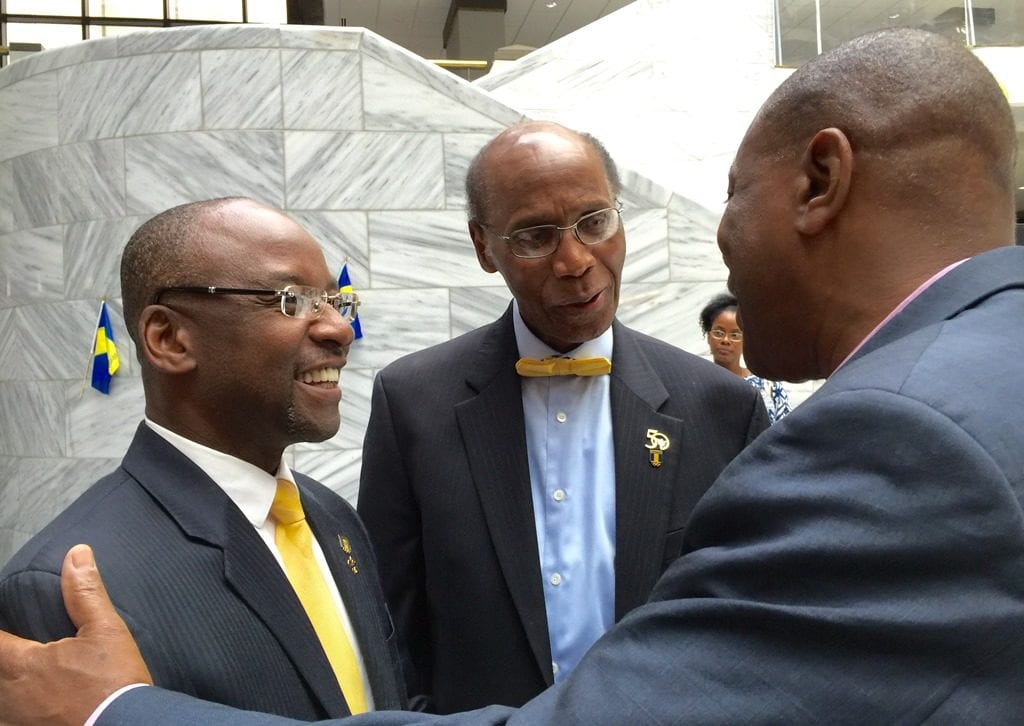 Culture Minister, Stephen Lashley being met by President of the Coalition, Tony Alleyne while at centre is Barbados’ Honorary Counsul to Atlanta, Dr. Edward Layne. (GP)

A call has been made to the emerging generation of West Indians within the diaspora to continue to accelerate the development of the economies of the Caribbean.

While encouraging persons within the diaspora to see themselves more as West Indians, the Minister said: “Let us see how we can continue to twin our economies and provide greater opportunities to our youth to generate wealth in areas that can best diversify the economies of the Caribbean.”

Adding that he would like to see a “more strategic refocusing” of members of the diaspora’s role in the United States in a way that “specifically responds to how you can collectively impact development in your respective countries,” the Minister stated that it was his hope that the cultural and economic ties between the United States and the rest of the region would be strengthened.

He noted that such strengthening would ultimately lead to securing opportunities for greater collaboration that “can translate into increased investment in the short and medium term”.

Minister Lashley further suggested that there were exciting opportunities for joint partnership arrangements in the area of intellectual property, specifically the use of patents to protect innovations in technology.