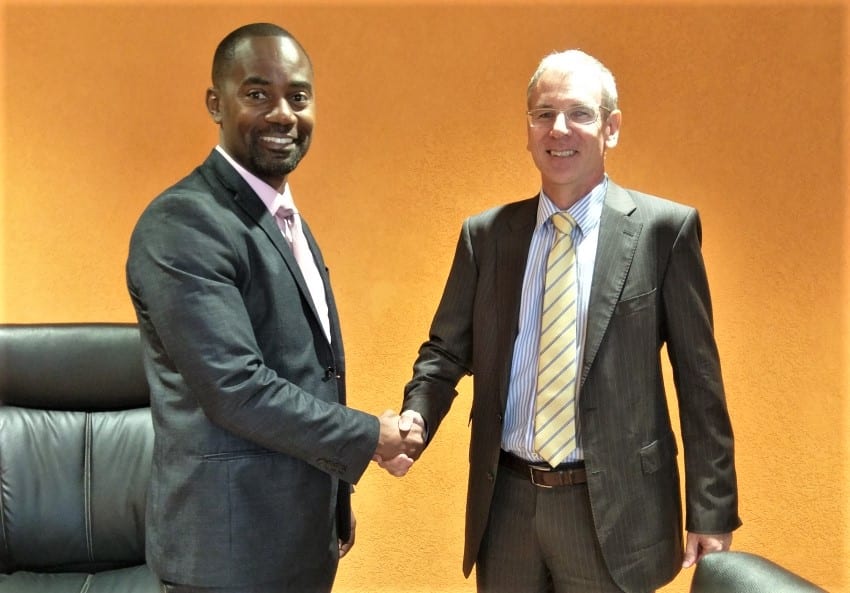 The Bridgetown Port and the fishing industry were among the major talking points recently, when New Zealand’s High Commissioner to Barbados, Anton Ojala, paid a courtesy call on Minister of Maritime Affairs and The Blue Economy, Kirk Humphrey, at his Charnocks, Christ Church office.

While stating that most entities on the island were struggling at this time, Minister Humphrey said the Port remained “relatively efficient” and was to be credited for helping to sustain the economy. He, however, noted a key challenge came as a result of cargo and cruise having to share the same space, but said this was soon to be addressed.

The Minister also told High Commissioner Ojala that Government had proposed the building of a new cruise terminal along the area referred to as “Trevor’s Way” and that the Port would share some level of responsibility for its development and upkeep.

“We want to reclaim that land and build a new cruise terminal which would change the whole look of the port and the country,” the Minister said, while encouraging the envoy to visit the area.

The island’s efforts at shoring up the Blue Economy were also highlighted as the two officials discussed the fishing industry and how New Zealand could lend assistance.

“I think we need to improve the technology on a lot of boats and upgrade the capacity of our fishermen, and we also need to upgrade the state of the markets,” Minister Humphrey stated, as he pointed out that work had commenced at Pile Bay and would soon start at the Bridgetown market.

He also noted that the island was in the process of delineating Barbados’ ocean space and assessing its value and contribution to the economy.

The New Zealand High Commissioner stated that his country had done “quite a lot of work” to determine how much their fishing industry was worth, and offered to lend any expertise to Barbados.

He said: “We don’t have any money, but we have got some expertise and can exchange knowledge. I think we can work together. There may be occasions where we could provide some funding depending on what needs to be done.”

Along with stating that his country possessed a lot of expertise in maritime affairs, Mr. Ojala urged Barbadians to access scholarship opportunities offered by his country in related areas, and many others and stressed these were not always seized by students here.

The two officials also discussed the strengthening of capacity in maritime areas, training and research as well as issues related to boat building and the banning of plastics.