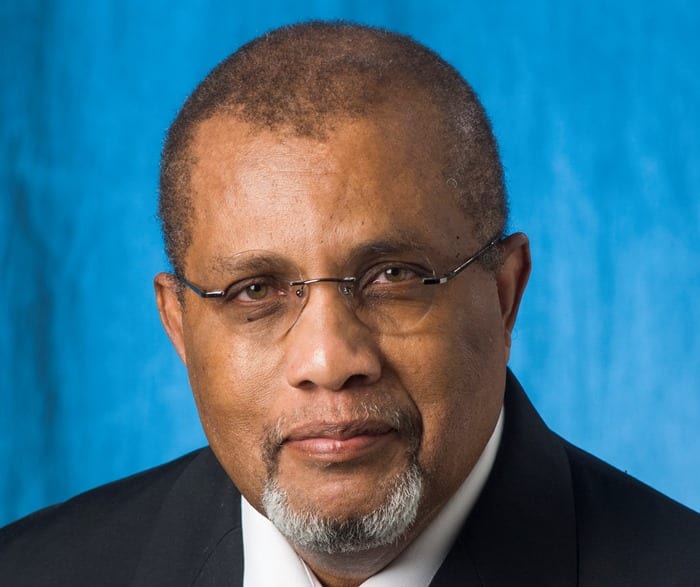 Government, labour and the private sector have started discussions on the development of a comprehensive National Economic and Social Development Restructuring and Enhancement Programme (NESDREP), which was announced in the 2017 Financial Statement and Budgetary Proposals.

This disclosure has come from Director of Finance and Economic Affairs, Dr. Louis Woodroffe, who said the recent meeting was held with the view of outlining the way forward towards delivering the strategic framework for the NESDREP.

Dr. Woodroffe said: “In order to ensure the successful completion of this strategic framework, three working groups with officials from public agencies, labour, and the private sector, have been established to cover the thematic areas of Fiscal Reform; Economic Growth; and Sustainability and Social Responsibility.”

He pointed out that the working groups would be spearheaded by the Permanent Secretaries responsible for Finance, Economic Affairs and Social Care. According to him, the team leaders will be charged with organising the workflow and activities among the respective stakeholders.

He disclosed that the three groups met within 48 hours after the initial meeting to begin their work. He added that meetings would continue.

During a presentation to the meeting, Senior Economist in the Economic Affairs Division, Cyril Gill, indicated that measures suggested by the Fiscal Reform group should be substantial enough to curb the rising debt levels; while the Growth group would have to show how the level of growth could be raised without compromising the fiscal situation. He added that consideration should also be given to non-financial initiatives to spur growth.

According to Mr. Gill, initiatives surrounding the Sustainability and Social Responsibility group should be geared towards improving access to critical services. In this regard, he said

In this regard, he said emphasis on means testing and other innovative approaches would continue to form the bedrock through which the poor and vulnerable would be catered to, especially as the working groups pursue additional efforts towards an amenable solution.

All parties were supportive of the effort to complete the plan in the shortest possible time.