DJs Must See Profession As A Business 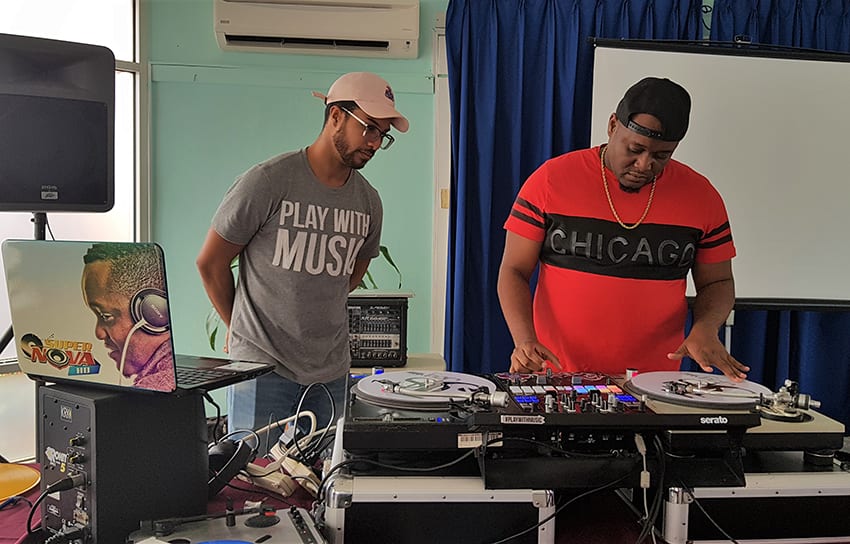 “Take your craft to the next level!”

This is the advice of Business Development Officer at the Barbados Investment and Development Corporation (BIDC), Allan Lange, to local disc jockeys (DJs), who participated in a Mix and Master Workshop held at Bagnall’s Point Gallery, Pelican Village, The City.

The three-day event was designed to equip DJs with skills to fine-tune their craft and business acumen, so they could create sustainable music businesses.

Mr. Lange noted that there were many talented DJs in Barbados, but pointed out that the island was too small a marketplace. He argued that there would be more opportunities for sustained business if DJs sought to expand their services and explore markets abroad.

“DJing can pretty much be a launch pad. DJs can become music producers, artists and event managers. There are lots of areas they can go into, but we have a small marketplace, so by having a music business and going on the international circuits, there are more opportunities and they would have potential to bring foreign exchange back into the country,” Mr. Lange said.

Adding to the discussion was workshop facilitator, Justin ‘Jus-Jay’ King.  The popular DJ and producer is one of the few Barbadian DJs representing the island on the international carnival circuit.

“We looked at the gadgets and different ways those tools can be used to enhance their sets and performance, as well as the art of turntablism taking it back to the old school and right up to the modern digital day,” he explained. 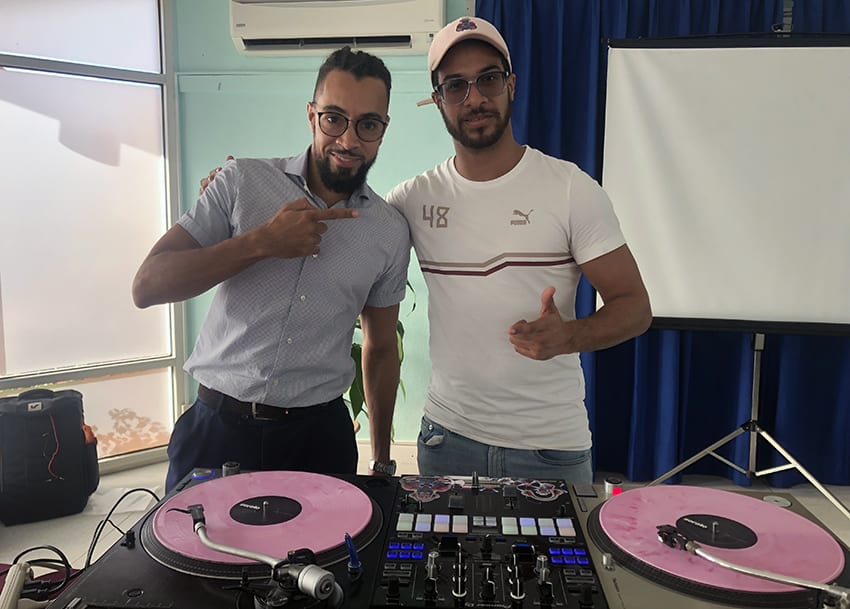 Business Development Officer at the BIDC, Allan Lange (left) and Workshop Facilitator, Justin ‘Jus Jay’ King have encouraged Barbadian DJs to take their craft to the next level. (J. Weekes/BGIS)

Sharing his knowledge of the business, he said DJs were central on the entertainment scene, and urged them to be aware of the avenues for growth.

“For DJs, the sky is the limit with entertainment, we have become the centre of everything. Even artistes these days are doing mini DJ sets in the middle of their performances.  So, they are taking on our role to entertain crowds,” he pointed out.

Jus-Jay believes that DJs who have the ability to “hear hit songs” could capitalize on this critical skill, since it could aid them in producing music, and of course generating more income.

“Internationally, there are Lil John and DJ Khaled who became Grammy Awards winning producers.  Then look at Barbados, we have King Bubba and Hypa Sounds, who have become international soca artistes and producers.

“There is even the option for DJs to become event promoters because we know what people like, what makes them move and the things they look forward to when they come to events,” he underscored.

Jus-Jay stressed that the international carnival circuit and the Caribbean diaspora were good options for local DJs looking to offer their services abroad.

“In Barbados, DJs’ fees start from $200, and can go up to $800 per hour.  When travelling outside it can be more, depending on popularity.  When on the carnival circuit, you may not get to charge an exclusive rate because you are playing on different trucks. Outside rates can go anywhere from beginners being around US$400, all the way up to US$3000 for the very popular guys,” he explained. 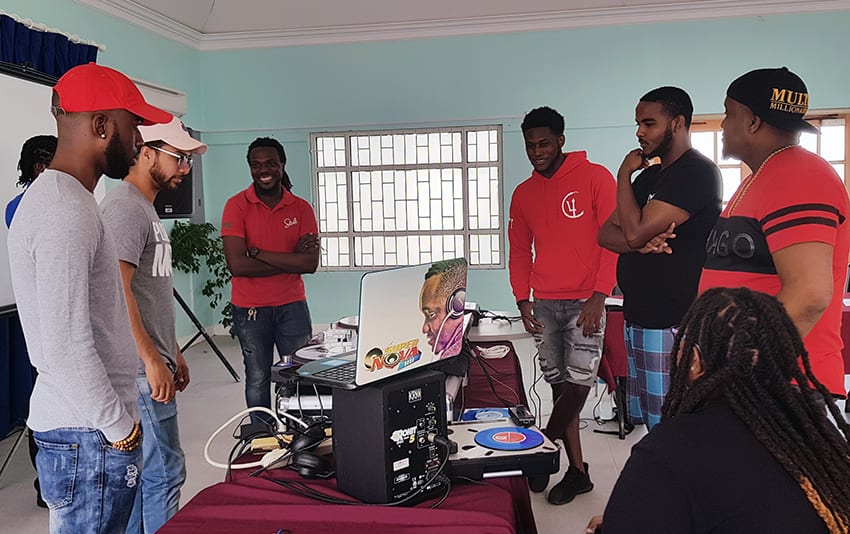 Nine DJs benefited from the Mix and Master Workshop hosted by the BIDC. (J.Weekes/BGIS)

However, he quickly cautioned that a successful DJ career and business could be established at home.

“I want to be very careful to not make people think that you have to get out of Barbados in order to make it.  There are people on the ground who are doing exceptional things without leaving Barbados.  There are guys like DJ Ras, who is extremely successful, and Daddy Fabian, who is an experienced businessman.

“You don’t have to leave to be successful.  You just have to take the business really seriously, or understand how to move to the next level.  This workshop gives you options, so you could figure out what suits you,” Jus-Jay emphasized.

Nine DJs participated in the Mix and Master Workshop. The application process was targeted, so each participant could benefit from individual attention.  Business Executive, Richard Haynes, also spoke to the youngsters about the business of entertainment.

Mr. Lange disclosed that BIDC has plans to host additional sessions.  He said the organization had focused on young and upcoming DJs who were open to being innovative and going international.  The DJs will also benefit from developmental help from a business perspective.