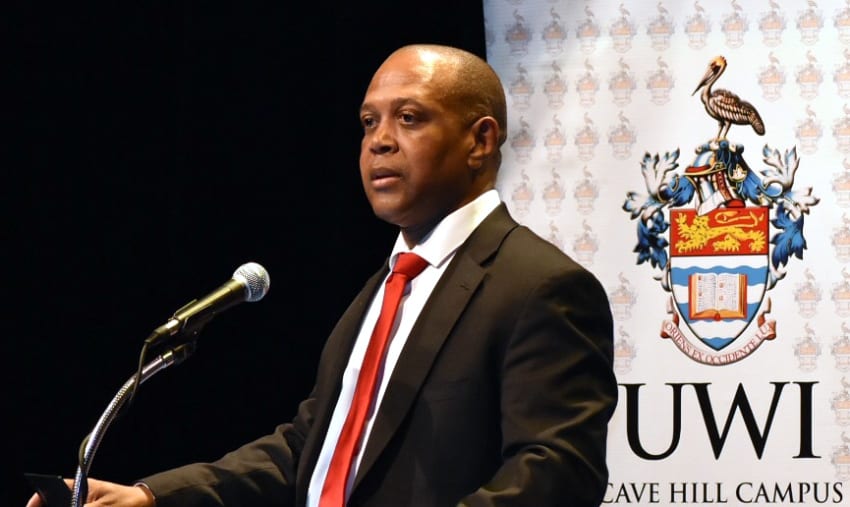 Senior Technical Advisor to the Government of Barbados, Dr. Kevin Greenidge, has underscored the importance of growth in the economy, saying that’s how the country needs to go forward.

Dr. Greenidge’s comments came last evening as he was delivering remarks at an Economic Symposium entitled: The Global Financial Crisis – Ten Years Later: Implications for Barbados and the wider Caribbean, at the Errol Barrow Centre for Creative Imagination, at the University of the West Indies, Cave Hill Campus.

He said the overall strategy of the Barbados Economic Recovery and Transformation Plan (BERT) was to generate growth. He noted that the International Monetary Fund-endorsed plan would give Barbados access to US$291 million over the next four years, and stated that Barbados had already received the first disbursement, so the Central Bank reserves increased by US$49 million.

The Senior Technical Advisor pointed out that the IMF endorsement of the plan would also play a catalytic role because other development partners looking on would be interested in coming on board because the plan “hangs together”. He added that to date, there was over $1 billion in ledger commitments to help Barbados get its programme on track.

“It means the targets we set under our BERT programme we have to meet in order to maintain that confidence that the international community is putting in us,” he stated.

Dr. Greenidge added that BERT’s focus was also to restore debt and fiscal sustainability over the period.  According to him, the plan’s aim was to move Barbados back to a sustainable position through broadening the tax base, streamlining expenditure and modernizing the state-owned enterprises.

“We are also embarking on comprehensive debt restructuring, which is, as we speak, going on at the moment…to move the debt to a stable anchor of six per cent by 2033; the outer limits of which is acceptable by international standards,” he said.

He explained that growth enhancement reforms were built into the plan to allow the private sector to come on board, stimulate activity, and assist in rebuilding the country’s buffers.

He noted that the global environment had become much more difficult to navigate, pointing out that some countries were taking a protectionist approach. He added that the world was more competitive, and commodity prices, for example, oil, were rising.

Dr. Greenidge identified some of the broad policies needed for the region as: investment in people through efficient spending on education to reposition the economy to provide the type of services needed in the future; creating infrastructure to boost investment at the regional level and further reforms to enhance competitiveness.

He suggested that the region should focus on reducing high electricity cost by conserving energy and diversifying the energy mix; tackling violent crime since that would be a drag on growth in many countries, and reducing unemployment, among others.