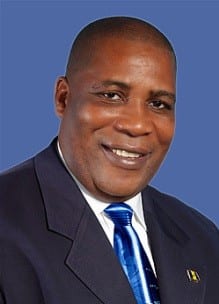 He previously held the portfolio of Minister of Social Care, Constituency Empowerment and Urban Development. Before assuming this ministerial portfolio, he was Managing Director and Principal Consultant with Life View International. Dr. Lowe has worked extensively with the University of Cincinnati (his tertiary alma mater) and in the state of Ohio in varying capacities, all with a focus on social development.

Dr. Lowe is a licensed Clinical Psychologist in Barbados and a Certified HIV and AIDS Educator with the American Red Cross at the Drew University School of Medicine. He has participated in several research projects from 1988 to 1996 which included issues such as cocaine use during pregnancy, teens in crisis, community involvement in the fight against substance abuse, and the social climate in integrated schools.

Dr. Lowe has also delivered several presentations and executed many training projects here in Barbados and in the USA. Some of these presentations include: “Perinatal Substance Abuse: The Residential Experience”; “Advantages of Careers in Education”; “Principles of Productive Living”; and “Stress Management”.