Barbados’ economy has “turned the corner” and economic growth has resumed. However, Governor of the Central Bank, Dr. DeLisle Worrell, has identified productivity as a key area which needs to be addressed. 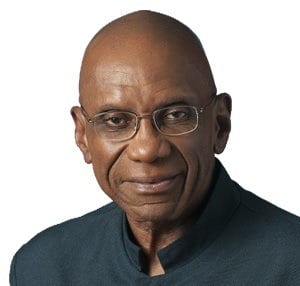 Dr. Worrell made the comments recently during a presentation on the Barbados economy to the staff of The Productivity Council at Baobab Tower, Warrens, St. Michael. He told the gathering that the cost of labour was rising but productivity was not.

“All of us are workers; we all want to be better off, we all want higher salaries and so on, but to justify them in a competitive world we have to increase our productivity… Because we have been so successful in tourism and the other things that we do well, we come up against increasingly intensive competition. The competition is getting better all the time and if we don’t increase our productivity, then ultimately it will become more and more difficult for us to hold on to the gains that we have made,” he noted.

The Governor pointed out that Barbados was very competitive in tourism, and explained that there were a number of potential investments that had come on stream within recent times. He stressed that this country was an attractive destination and it had been further enhanced by the quantity and quality of the hotel accommodation which had been added.

“We continue to do well in tourism; the growth in the first seven months of this year has been 5.2 per cent, which is a sustainable long-term growth. You don’t want to grow too fast…The strength of the tourism sector is that it is diversified, so we don’t have all of our eggs in the UK market, even though it is our largest market, accounting for one third of our tourists,” he stated.

Dr. Worrell identified renewable energy as an area capable of transforming Barbados’ economy. “If we set ourselves the goal of 100 per cent renewables, we can actually double the growth rate of Barbados quite easily, probably even faster than that. At the moment we look to a growth rate of little less than two per cent, [or] 1.9 per cent on average over the next five years,” he surmised.

The Governor noted that the International Business and Financial Services Sector was under some pressure and it was difficult to grow in the current international environment. However, he pointed out that Government had been proactive by undertaking studies and reports which demonstrate the island’s competitiveness within the market. These, he added, were being communicated to the international community.