Drainage Issues A Priority For Government 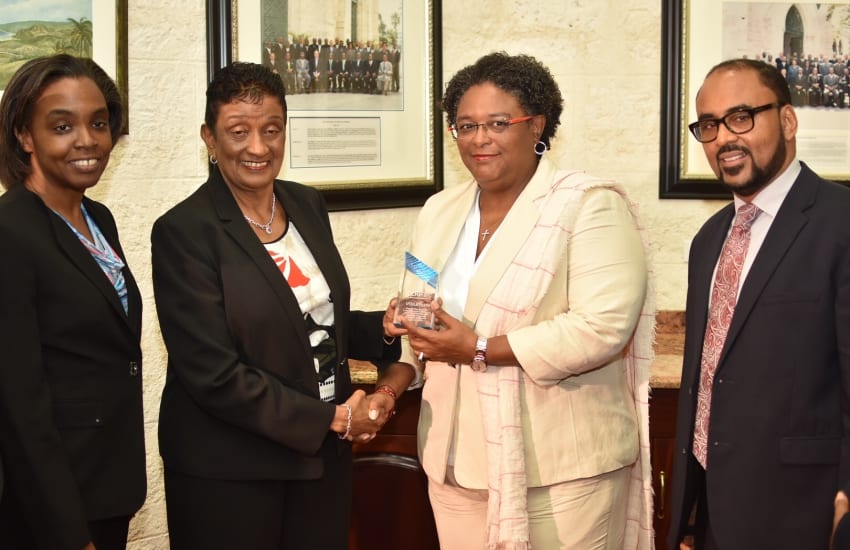 Government is committed to resolving this country’s drainage issues with some urgency.

Barbados received a payout of US$5,813,299 (approximately BDS$11.6 million) on its Excess Rainfall policy due to heavy rainfall which occurred during the passage of Tropical Storm Kirk earlier this month.

Ms. Mottley told the officials and the media: “My Government is of the view that our ability to address the country’s drainage issue is a priority. It is not going to be resolved overnight because it has been elusive for whatever reasons for the last 30 or 40 years. We have enough studies, but we have to treat to it in a strategic manner.”

She added that Government also had to take a stronger approach with regard to derelict properties. “I passed some on the west coast … and it is horrific. The fact that you may not be treating to your property does not give you the luxury of leaving your property in disrepair, and not only being an eyesore, but ultimately affecting the flooding of the country.  So, we are going to deal with some of these issues.”

The Prime Minister said she had already spoken to the Ministry of Public Works because simple things such as cleaning the side of the roads could reduce flooding.

“These are the things that are the responsibility, not only of Government, but of all landowners, and I suspect that the Ministry of Public Works will be writing major landowners and plantation owners, etcetera, to [encourage them to] help play their part….

“So, the Government is working to address the issue, but we recognize that we will need some outside help…. We also need the help of every Barbadian to clean up around their own property,” she stated.

To strengthen her point about the drainage problems, the Prime Minister noted that the island’s west coast was flooded last night after two hours of rain.  She stressed that Government must be made fit for purpose to meet citizens’ basic needs, which she identified as including being kept safe, not only from violence, but during adverse weather events.

Ms. Mottley said the Ministry of Public Works was working assiduously to expand the canal at Murphy’s pasture.

She thanked CCRIF, saying: “Every dollar in damage for a country that is in a tight fiscal situation is a dollar that we really would have preferred not to lose and therefore [we are pleased] to have this sum coming back to us to help us offset some of the damage as a result of Tropical Storm Kirk….

“So, we are trying to take a proactive approach and this money will help us to continue in that manner.”

CCRIF SPC provides parametric insurance coverage for earthquake, tropical cyclone and excess rainfall events.  Barbados currently has policies for all three perils and has received five previous payouts totalling US$13.5 million. This payout will bring the total value of payouts to Barbados to US$19.3 million.