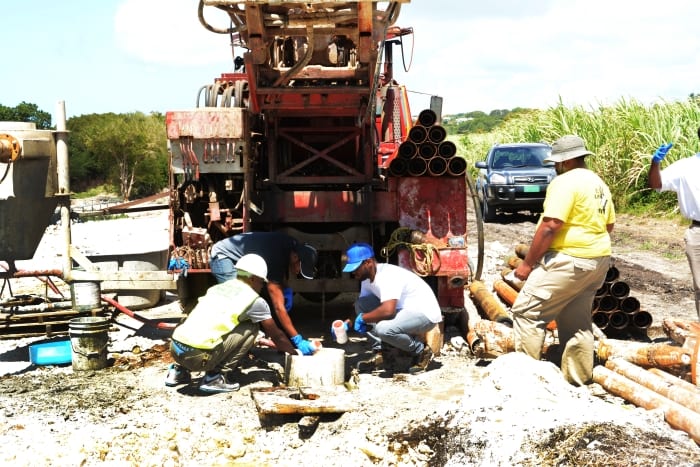 The Barbados Water Authority (BWA) is still awaiting the results of dye tracing testing conducted on the first injection well.

Director of Engineering at the BWA, Charles Leslie, has explained that the samples left the island on Wednesday, March 7 for an overseas laboratory, but heavy snow conditions in parts of the United States delayed their arrival. This saw the samples arriving at their destination late in the afternoon on Friday, March 9, further delaying the start of the analysis.

According to the official, the laboratory has informed them that the results should be ready this week.

The dye tracing testing conducted by a team from the BWA commenced on Saturday, March 3, and samples were collected from four sites near the South Coast Sewerage Treatment Plant, over a four-day period.

The tests were required to determine if the proposed injection wells would pose any environmental threat. Both Minister responsible for Water Resource Management, Dr. David Estwick, and the BWA have said the wells would be used to facilitate the discharge of treated sewage deep underground temporarily, so that repairs and/or rehabilitation of the compromised sewer lines could be undertaken.