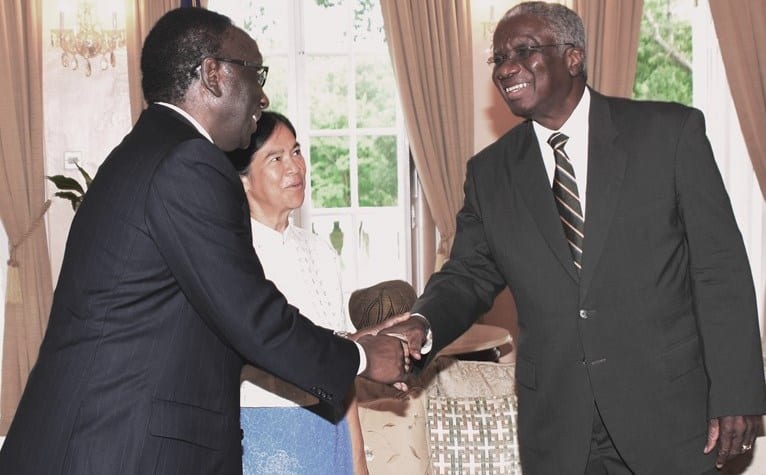 Government remains committed to the development of early childhood education in Barbados, and this is reflected in the various initiatives it continues to put in place.

The Prime Minister said: “The demand for early childhood education is very high.  We have a lot more working mothers, and we need to ensure the children are put in an environment where they will be properly socialised and taught.”

He opined that a lot of the problems being experienced during adolescence have their genesis in early childhood, and stressed that government and non-governmental organisations were trying to sensitise the public about the need for proper parenting from early.

Mr. Stuart noted that while children in this country were allowed to enjoy their childhood, sadly it was not the case in some parts of the world. In that regard, he gave the assurance that Barbados would continue to advocate for the rights of the child.

He said Barbados had benefited greatly from its collaborative relationship with UNICEF, and commended the organisation for the “very good job” it had done since an office was set up here over 30 years ago. “UNICEF has done a good job in pushing issues in relation to children,” he stressed.

Mrs. Lwin lauded Government for investing in those early years of a child, pointing out that some parts of the world were still grappling with pre-school issues.  She said there had been progress in the change of attitude towards violence against children here.

Mrs. Lwin noted that UNICEF’s Break the Silence initiative, which is a multi-pronged approach to protect children against sexual abuse and the risk of HIV, had made an imprint.

Prime Minister Stuart thanked Mrs. Lwin for her contribution and wished her a happy retirement.

Mrs. Lwin, who spent almost six years in Barbados, retires at the end of the month.