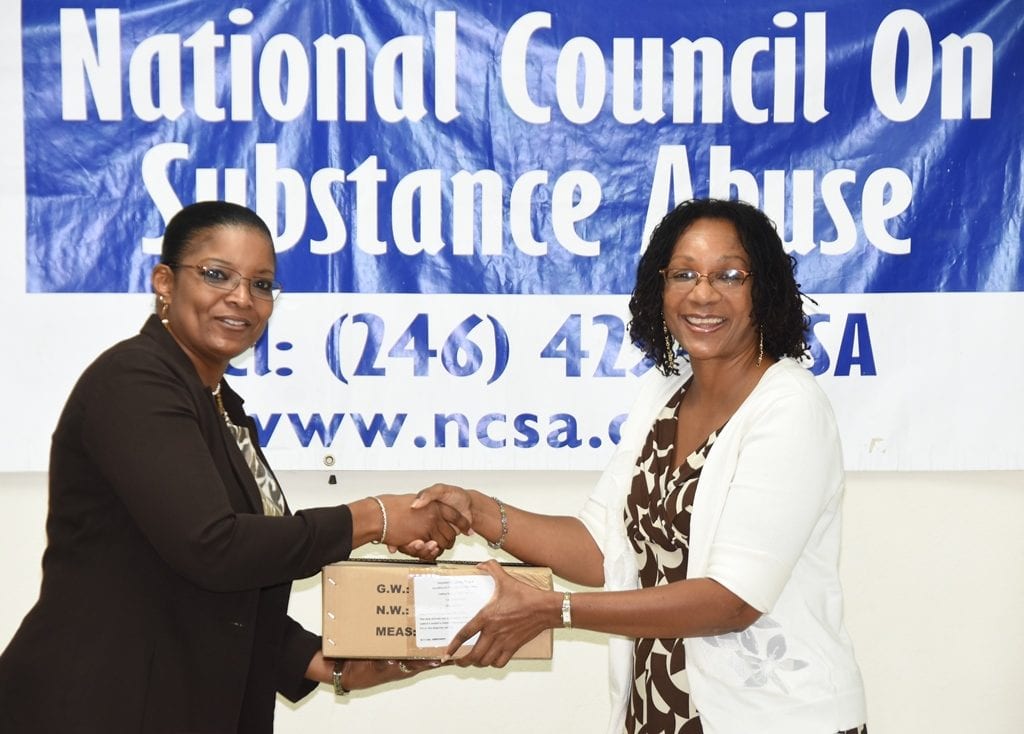 With drug use among students on the rise, staff at the Edna Nicholls Out-of-School Suspension Centre is now better equipped to respond to their needs.

This comes as 12 staff members, including auxiliary staff, participated in a one-day drug eradication workshop hosted by the National Council on Substance Abuse (NCSA) on the topic: The Signs and Symptoms of Drug Use, at its Belleville and Pine Road, St. Michael, training room.

Speaking during the opening of the workshop, Manager of the NCSA, Betty Hunte, said: “With the increasing acceptance of drug use, especially marijuana among adolescents…it is refreshing that your principal has sought to strengthen the capacity of the institution to respond to drug use in schools by seeking additional knowledge in this area.”

Noting that the NCSA remained committed to its partnership with the Centre, she disclosed that full-time counselling services there would also be re-established “very shortly”.

Ms. Hunte explained the partnership involved the education of students at the Centre about the harmful effects of drug use through counselling along with their families.

As a result, she added, the Centre performed a valuable role in society by working with students who found themselves in situations that required placement at out-of-school facilities.

Meanwhile, Research and Information Officer, Jonathan Yearwood, lamented that the students’ short time span at the institution, usually two weeks, did not allow for the type of holistic responses that were required in some situations.

“Prevention programmes in relation to drug abuse, substance abuse, may be just one aspect of that response, but we need to look more in-depth at an overall picture as to why people behave the way they do,” he observed.

Mr. Yearwood warned that until that was done, there would always be a “knee jerk uncoordinated response to actions”. He added that it was hoped the workshop would highlight the broad type of responses that were built into a rehabilitative framework.